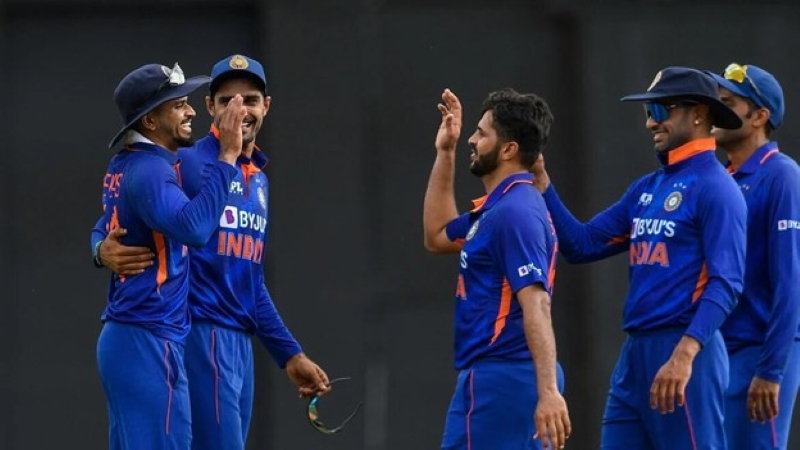 Chasing a huge target of 309 runs set by India in the first ODI of the three-match series, the hosts West Indies went very close to victory. Windies were in the fight till the last ball. But the Caribbean could not have the last laugh in Port of Spain. The visiting team won the match by 3 runs.

Caribbean captain Nicholas Pooran decided to bowl first after winning the toss. India’s two openers Shikhar Dhawan and Shubman Gill played well from the beginning. 119 runs came from India’s first pair. Shubman got out after scoring 64 runs off 53 balls, captain Dhawan again made a partnership of 94 runs with Shreyas Iyer after that.

Gudakesh Motie gave a big blow to India by dismissing two set batsmen in two consecutive overs. Dhawan was unfortunately bowled by Gudakesh and returned to the pavilion for 97 runs, raising the prospect of his maiden century as captain. With his 10 fours and 3 sixes, India advanced by relying on his innings of 97 runs from 99 balls. Dhawan got out for the seventh time in ODIs in the nervous nineties.

On the other hand, Shreyas returned to the dressing room with his 10th half-century. He scored 54 runs off 57 balls. As India’s top three batsmen scored well, it seemed that a team score of 350 runs would be possible. But none of the batters could create the expected storm towards the end. India managed to score only 83 runs in the last 15 overs due to the great bowling of the Caribbeans.

As a result, India collected 308 runs after losing 6 wickets in the scheduled 50 overs. Gudakesh Motie and Alzarri Joseph took 2 wickets each while Akeal Hosein and Romario Shepherd took 1 wicket each for the Caribbean.

After coming down to chase the huge target of 309 runs, West Indies lost Shai Hope early on. Kyle Mayers continued to put the hosts ahead, partnering with Shamarh Brooks. His focus was on scoring quick runs with aggressive batting. At the other end, Brooks was providing careful batting.

A simple delivery from Shardul Thakur broke this big pair of 117 runs. Brooks returned to the dressing room after scoring 46 runs. Mayers also departed after being caught out in the next over of the Indian pacer. The left-handed opener got out for 75 runs in 68 balls with 10 fours and one six.

Despite hitting two sixes, captain Nicholas Pooran left after scoring 25 runs. Rovman Powell (6) could not go to double digits. Brandon King returned to the dressing room after scoring 54 runs in 66 balls with two sixes and a four.

At this time, it seemed that West Indies were knocked out of the match. However, Romario Shepherd accompanied by Akeal brought the team back into the fight. Their unbroken 53 off 33 balls for the seventh wicket partnership gave West Indies the dream of winning again.

West Indies needed 15 runs to win in the last over. Mohammed Siraj bowled coolly to put the Caribbean in a tougher equation, 5 runs were needed to win on the last ball. The match could have gone for a super over by hitting four, win by hitting six. But Shepherd managed to take only 1 run from the last ball. As a result, India got an incredible victory by 3 runs.

Shepherd was unbeaten on 39 off 25 balls. Besides, Akeal was unbeaten with 32 runs. Mohammed Siraj, Yuzvendra Chahal, and Shardul Thakur took 2 wickets each for India.

Shikhar Dhawan was adjudged player of the match for his excellent batting performance. India took a 1-0 lead in the 3-match series with their sixth straight win over West Indies in ODIs. The second ODI match of the series will be played next Sunday (July 24) at the same time and same venue.

Player of the match – Shikhar Dhawan 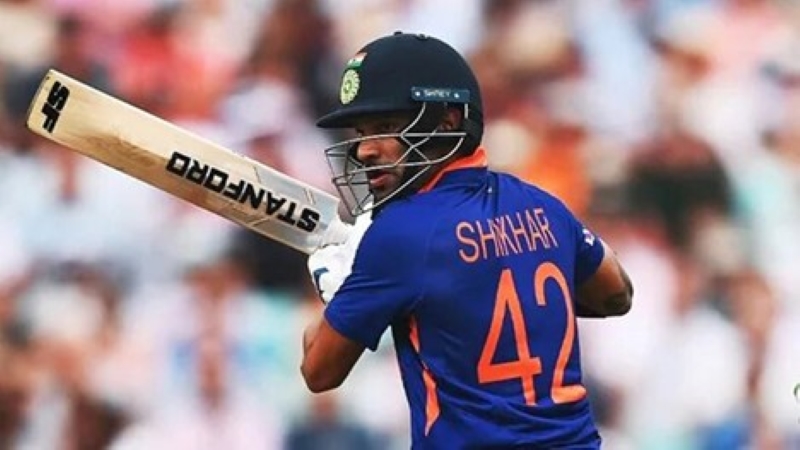