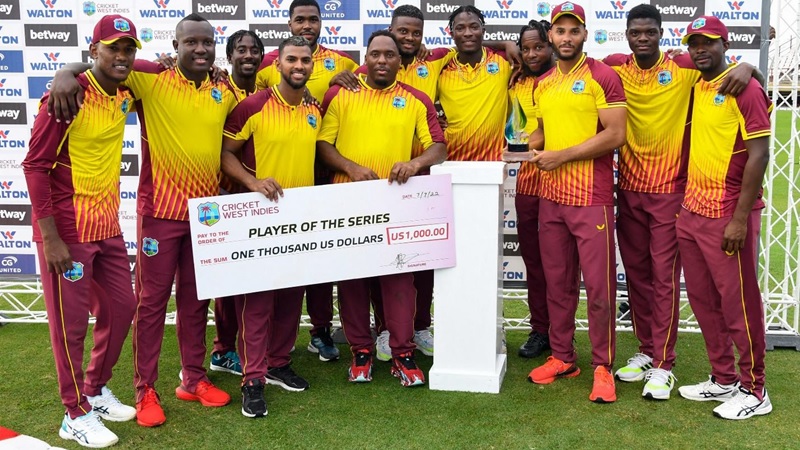 In the third and final match of the series on Thursday, the host West Indies got a win by 5 wickets with 10 balls to spare against visiting Bangladesh courtesy of Nicholas Pooran’s devastating innings at the Providence Stadium in Guyana. The Caribbeans also won the match and the 3-match of the T20I series by 2-0.

After winning the toss, Bangladesh captain Mahmudullah decided to bat and sent the West Indies to bowl first. Bangladesh openers Liton Das and Anamul Haque got off to a flying start. On the one hand, Liton kept the wheel of the run in motion. On the other hand, Anamul was trying to stick into the wicket.

As Anamul wanted to play the ball over the midwicket that was on a good length and on the middle stump off Odean Smith in the 5th over, the ball went straight into the third man area with a top edge of the bat. Akeal Hosein did not have to hurry to catch the ball. Anamul was dismissed for 10 off 11 balls.

After Anamul was out, Shakib came down to bat. But in the next over, Shakib made the same mistake as Anamul with the ball of Romario Shepherd. As a result, he returned to the dressing room with 5 runs off just 3 balls.

After losing Anamul Haque by team’s 35 runs and Shakib Al Hasan by 42 runs, Liton Das and Afif Hossain tried to give a tough fight staying on the wickets as the saviours of the Bangladesh team.

The duo put together a 57-run stand. The Bangladesh team collected a fairly challenging score from this pair. The team of Liton-Afif broke the team while the team total was 99 runs. Liton was out just 1 run away from his half-century.

After that, Afif made a pair of 49 runs with Mahmudullah. Mahmudullah returned to the dressing room with 22 runs off 20 balls. Mahmudullah fell victim to lbw off Hayden Walsh and could not survive taking a review. Afif was also the last batsman to be dismissed.

Afif returned to the pavilion with an adventurous innings of 50 off 38 balls with two fours and two sixes. This happens to be the second half-century of his career, and earlier, he played the highest innings of 52 runs.

Mosaddek Hossain took Bangladesh’s score to 163 for 5 with 10 runs off 6 balls at the last moment. Among the Caribbean bowlers, Hayden Walsh took the maximum number of 2 wickets, and Odean Smith and Romario Shepherd also took one wicket each.

Brandon King and Kyle Mayers came on to open the Caribbean innings with a target of 164 runs. Nasum Ahmed forced Brandon King to be caught by Mahmudullah for the team’s 9 runs. King was dismissed for 7 off 5 balls.

Kyle Mayers and Shamarh Brooks then tied the knot. Anamul caught a great catch by Samarah Brooks with the ball of Mahedi Hasan at the head of the team’s 22 runs. Brooks was dismissed for 12 off 12 balls. Shakib Al Hasan picked up the ball for the first time in the 7th over of the innings. He took the wicket on the first ball when he came to bowl. Odean Smith (2) was trapped with an LBW.

With 3 wickets for 43 runs, the bowlers of Bangladesh put the Caribbeans in danger. But Kyle Mayers and Nicholas Pooran put on a fine 85-run stand to bring the hosts back into the game, and Mayers was dismissed for 55 off 38 balls by Nasum Ahmed.

Afif Hossain then turned Rovman Powell (5) into Liton’s catch. In the end, West Indies lost 5 wickets and reached the victory port in 18.2 overs. Nicholas Pooran remained unbeaten on 74 off 39 balls with 5 fours and 5 sixes.

For Bangladesh, Nasum Ahmed took the highest number of 2 wickets, and Shakib, Mahedi, and Afif took 1 wicket each. The two will meet in the first match of the three-match ODI series on July 10 at the Providence Stadium in Guyana.

Player of the match – Nicholas Pooran

Player of the series – Nicholas Pooran 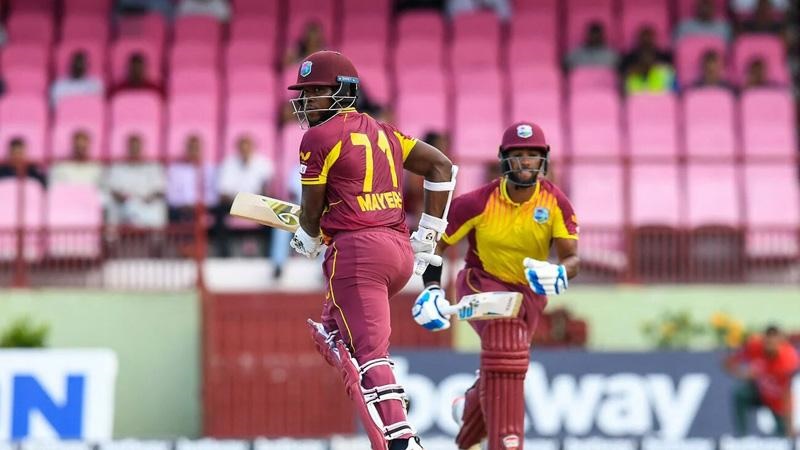