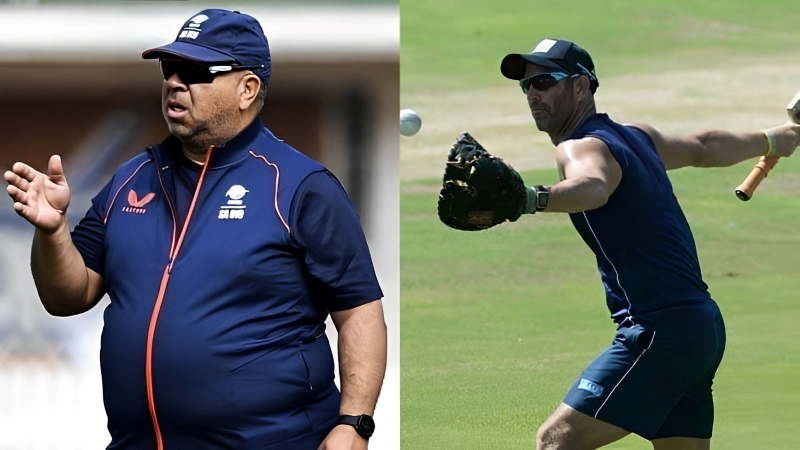 South Africa started well in the last Twenty20 World Cup. But in a sudden collapse, they couldn’t cross the group stage. The responsibility of the team’s failure naturally rests on the shoulders of the coach. That’s why Mark Boucher, the head coach of all three formats, resigned after the World Cup. This time, however, the South African Cricket Board has appointed separate coaches for the white and red balls.

Of the two newly appointed coaches, Shukri Conrad will be the head coach of the Test team. On the other hand, Rob Walter will serve as the head coach of the ODI and T20 teams. However, the surprising fact is that none of these coaches, who will join as the mastermind of the Proteas, have worked at the national level before. Although they are experienced coaches of the domestic league.

Conrad previously served as a domestic league head coach. Recently, he has also served for the youth team. However, despite getting the opportunity to work for the national team for the first time, there will not be much work pressure on him. Because South Africa will not play many Tests this year. They will play a total of 3 Tests in FTP till next December.

On the other hand, Walter’s CV also lacks the experience of coaching a national team. However, he has previously worked with the South African team. Although that is as a strength and conditioning specialist. Walter has been coaching New Zealand domestic cricket for more than half a century. He is waiting to show his skills at the international level after getting the responsibility of the Proteas.

The South African Cricket Board has informed about the appointment of two new coaches, Conrad and Walter will officially take over from February 1. Meanwhile, not only the Proteas, but also England have walked the path of two coaches. The English have also achieved significant success with the two-coach system. Time will tell how the Proteas will do this time.