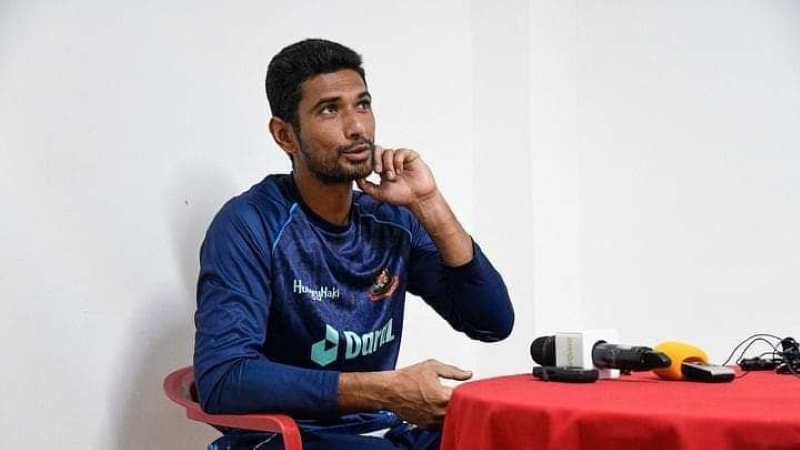 Cricket in Dominica is like a festival. Compared to other stadiums in the West Indies, there is always an overflowing crowd of cricket fans. Like Thirty First or Christmas, they celebrate cricket. And imagine what would happen if the Caribbeans won in this stadium!

What you think has happened. The spectators gathered at Winders Park for the 35-run victory over Bangladesh. On the day of the Caribbean festival, a message of regret was uttered by Tiger captain Mahmudullah Riyadh.

Riyadh said at the end of the match that the momentum of the match would have changed if another batsman could have stood with Shakib Al Hasan at that moment. Besides, they could have done better in bowling, said the Tigers T20 captain.

At the post-match press conference, Riyadh said, ”Shakib has batted very well. But in bowling, we have probably given more runs in a few overs. Afif-Shakib’s stand was important, which gave us a momentum. In the end, Shakib hit a few boundaries in a row. Even then, if we could have bowled a little better, if the target had been a little less, it might have been better for us. ”

In limited overs cricket, one or two over can be costly, which is normal. However, Riyadh felt that they could not implement their plan properly in the second T20 match. Moreover, the Tigers did not have a good start targeting a big score.

“We couldn’t play where we wanted to. Bowling did not go as planned. A good start is very important when chasing 190 runs. But that’s where we lag behind.,” Riyadh said.

Although consistent in Test and ODI, Liton Das has no consistency in T20 cricket. What is the reason for that: not being able to play in a certain position? “Liton is our best batsman,” Riyadh said. “You will always want to support your best batsman. Liton is batting very well in Tests, ODIs, playing consistently. Maybe he can’t do that in T20. But he is our best batsman. In T20, any batsman has to be able to bat anywhere and Liton has that ability, ” he added.