No worries about form, Virat Kohli is dancing bhangra 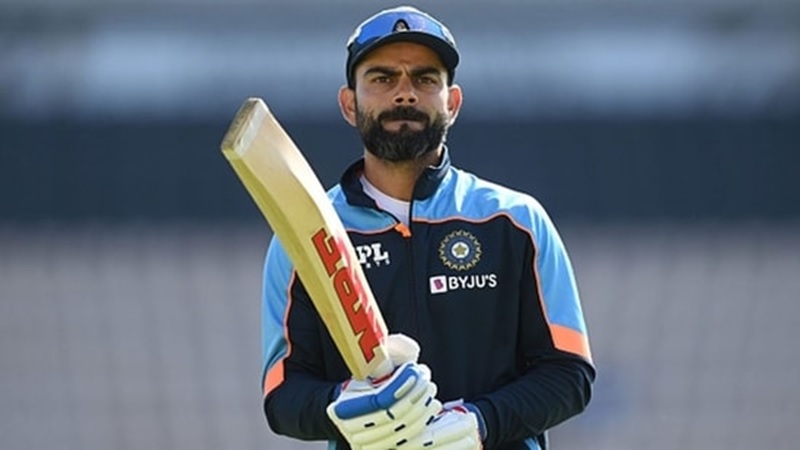 Out-of-form Virat Kohli often rested. There is no end to the discussion and criticism about these. The question about getting Kohli’s place in the Indian team in the upcoming T20 World Cup has arisen. However, this star batsman is in a happy mood rather than paying attention to these things. There is evidence of it in the field in various cases.

Sometimes dancing to celebrate the wicket of a fellow bowler, and taking selfies with the spectators, Kohli’s body and mind language prove that he is not worried about his form. After Yuzvendra Chahal dismissed Ben Stokes in the second ODI against England, Kohli turned to the crowd on the boundary line and did a bhangra dance.

Instantly the scene was caught on camera. The video of which has spread through social media. Not only once, but Kohli is also seen dancing a little on the field. And the audience thoroughly enjoyed it. Earlier, Kohli could not play in the first ODI due to a groyne injury. However, he did not make a mistake in keeping the audience entertained.

Kohli satisfied the audience by taking a selfie. He also gave autographs to everyone. Anyone who has seen Kohli in the last two matches can guess he is trying his best to keep himself happy even if he is not getting runs. Kohli does not let the outside world understand that he is under mental stress.