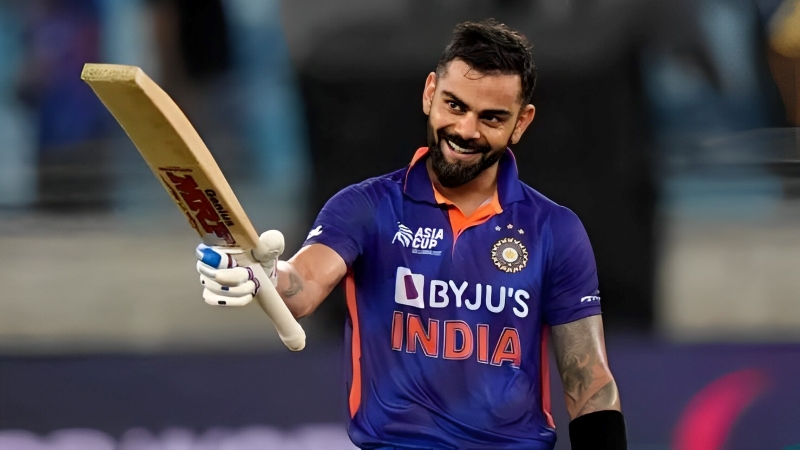 Virat Kohli was suffering from a run drought a few days ago, he did not see a century for a long time, all in all, Virat Kohli was in a very poor condition. Criticism surrounded from all sides. The Indian batsman played a silent role in everything as the time went bad. Finally, he scored a century after 1020 days in the Asia Cup last year. Kohli’s batting honeymoon seems to be going on since he returned to that form. Answering criticism with the bat. Both runs and centuries have started again. Kohli is getting the award for good game.

Recently, Kohli scored two centuries in the three-match ODI series against Sri Lanka. After the century in the first match, this right-handed batsman is like a stranger in the second match. But in the third match, he returned in magical form, touching the magic figure of three digits. Kohli won the team by playing an unbeaten innings of 166 runs. At the same time, the Indian star came to the top five of the ICC ODI rankings.

According to ICC’s latest update, Kohli has improved by two ranks among the ODI batsmen. Currently with 750 rating points, the Indian batsman is the number four best ODI batsman. On the other hand, Babar Azam holds the top position among the batsmen. Pakistani captain’s rating point is 887. Besides, at number two and three, there are two South African Rasi van der Dussen and de Kock.

Meanwhile, in the current form Kohli is in, he can occupy the top spot in the ranking again. Of course, that path is also known to him. He has reigned as the top batsman in ODIs before. This time, however, the difference in his rating points with Babar is quite noticeable, 137! Kohli needs to score runs consistently to regain the top spot in the ODI rankings from Babar.

This run machine is not thinking about rating points, ranking, these things at all. Contributing to the team’s victory is the most important thing for Kohli. He said so in a recent interview. The Indian star’s plan is quite different. Targeting on the ODI World Cup at home at the end of this year. Kohli wants to present his country to clinch the title by showing his batting success in that event. As well as ending the long title drought, this batsman wants to take himself to unique heights.