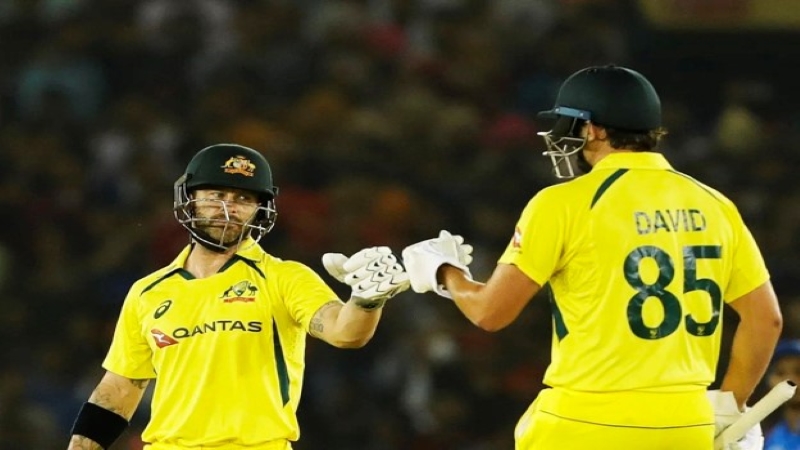 Australia and India met in the first match of the three-match T20 series yesterday. Batting first there, India set a huge target with the stormy batting of Hardik Pandya and KL Rahul. But chasing that target, Australia reached the target before the allotted 20 overs were over. As a result, India had to leave the field with a loss. With that, Australia took a step towards winning the series. On the other hand, Cameron Green got the title of man of the match with great batting.

In the first T20 of the series in Mohali, India got a capital of 208 runs for 6 wickets with Suryakumar’s 46 runs, half-centuries from Lokesh Rahul and Hardik Pandya. After winning the toss, Australian captain Aaron Finch urged India to bat. In beginning, Australia had a good start. They picked up two wickets for 35 runs. Virat Kohli could not pull off the Asia Cup form. Once again stuck in the circle of failure. He made 2 runs from 7 balls and Captain Rohit Sharma did not get big runs. He scored 11 runs from 9 balls with the help of 1 four and 1 six.

But no profit was made. Despite the failure of two big stars, India put up a huge collection against Australia. Suryakumar Yadav and Lokesh Rahul put on 68 runs off 42 balls for the third wicket. Rahul scored 55 runs off 35 balls with 4 boundaries and 3 sixes and got out by Hazelwood.

On the other hand, the astounding Surya returned just before his fifty (46 off 25 balls with 2 fours and 4 sixes). But after that, Hardik Pandya ran rampant on the Aussie bowlers. The Indian all-rounder hit lots of fours and sixes. He played the unbeaten innings of 71 runs from 30 balls, which included 7 fours and 5 sixes. Apart from this, Axar Patel scored 6 runs, Dinesh Karthik 6 runs, and Harshal Patel scored 7 runs.

Australia’s Nathan Ellis took 3 wickets for 30 runs and Josh Hazlewood took 2 wickets for 39 runs. Besides, Cameron Green also took 1 wicket. The target is 209 runs. In T20 which is almost impossible. But the way Australia played, this goal seemed trivial. Australia chased the huge collection of India in the first T20 of the series in Mohali. Chasing 209 runs, Aaron Finch’s team won by 4 wickets and 4 balls in hand.

Cameron Green, Australia’s opening batsman, laid the groundwork for the run chase. He played the devastating innings of 61 runs off 30 balls with 8 fours and 4 sixes. In the game, he had a 203.33 strike rate! Australia scored 60 runs for 1 wicket in the power play. At the end of 10 overs, runs were 109 for 1 wicket. Then India gave a big blow. Aussies lost 4 more wickets in between 36 runs.

However, it did not benefit the hosts. Matthew Wade became aggressive with the bat. Together with Singaporean batsman Tim David, who played his first game for Australia today, Wade scored 62 runs off 30 balls for the sixth wicket. David was out for 18 off 14 balls with the team needing 2 runs to win in the last over. But Pat Cummins confirmed the win by hitting Chahal a boundary on the next ball. Wade remained unbeaten on 45 off 21 balls with 6 fours and 2 sixes.

Player of the match – Cameron Green 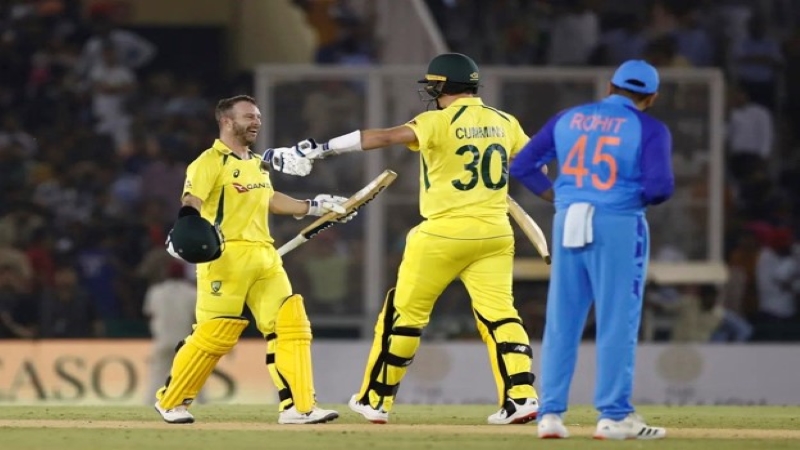