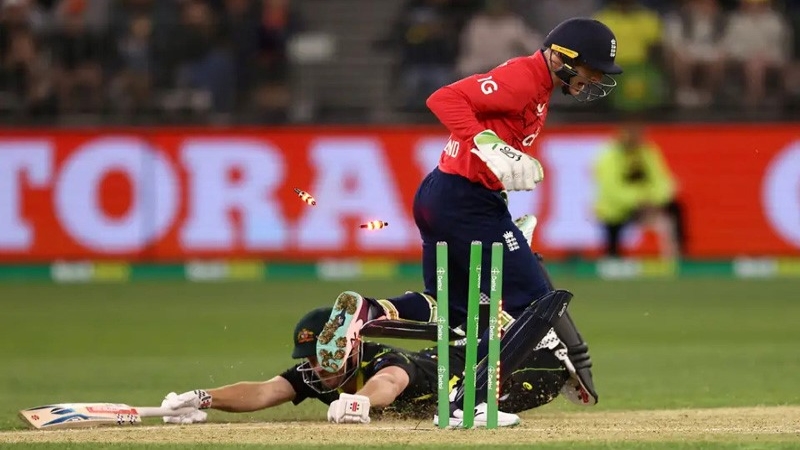 The visiting England won the first match of the Australia-England three-match T20I series in a highly contested match. In this high-scoring match, England won the match by 8 runs with Sam Curran’s great bowling in the last over.

Australia won the toss and sent England to bat in Perth on Sunday (October 9). Batting first, with the help of devastating batting by the two openers of the visiting team, Alex Hales and captain Jos Buttler, the team collected 208 runs losing 6 wickets in the stipulated 20 overs. In response, despite David Warner’s innings of 73 runs, the hosts were able to score 200 runs by losing 9 wickets in the scheduled 20 overs.

Batting first, captain Buttler and Hales gave England a great start. In just 11.2 overs, the partnership of 132 runs by them was the foundation to collect a big total. These two were so fierce in the beginning that 50 runs were added in just 29 balls in England’s innings. The visitors picked up 100 runs in just 8.5 overs.

Hales’ rampage with the bat continued despite Buttler’s return. However, no batter could settle down at the other end. Ben Stokes returned with just 9 runs. Hales also did not last long after Stokes’ departure. He became Kane Richardson’s victim by scoring 84 runs off 51 balls. His innings had 12 fours and 3 sixes.

Harry Brook scored 12 runs. Captain of the Pakistan series, Moeen Ali scored 10 runs in 7 balls. Chris Woakes played a cameo of 13 off 5 balls toward the end. Nathan Ellis picked up 3 wickets for Australia with only 20 runs in 4 overs. Besides, Kane Richardson, Daniel Sams, and Marcus Stoinis took 1 wicket each.

Chasing the target of 209 runs, Australia got a shock at the beginning. In form batter, Cameron Green was caught by Reece Topley for the team’s 15 runs. However, another opener, David Warner and Mitchell Marsh, who went to one down kept Australia on the way to victory.

Australia lost the second wicket for the team’s 86 runs. Marsh, who scored 36 off 26 balls, was bowled by leg-spinner Adil Rashid. He finished the innings with 3 fours and 2 sixes. Captain Aaron Finch was run out in the team’s 105 runs, increasing the danger of the Aussie. He scored only 12 runs in 7 balls.

Then Stoinis came to the wicket and rekindled the Aussies’ dream of victory. But then Mark Wood came to the bowling to break the pair. Stoinis, who made 35 off 15 balls with 2 fours and 3 sixes and Tim David (0) departed in Wood’s one over. When David Warner was dismissed for the team’s 173 runs, it became increasingly difficult for Australia to win.

Wood also sent back Warner who scored 73 runs off 44 balls. His innings had 8 fours and 2 sixes. Matthew Wade tried to get the team to victory in the end, but Sam Curran’s brilliant bowling didn’t let Australia score the runs they needed to win in the last over. In that over, Curran took Ellis’s wicket apart from Wade.

For England, Mark Wood took the highest number of 3 wickets with 34 runs in 4 overs. Besides, Topley and Curran took 2 wickets each and Adil Rashid picked up 1 wicket. England took a 1-0 lead in the three-match series with this victory. The two teams will meet at Manuka Oval in Canberra in the second match of the series next Wednesday (October 12).

Player of the match – Alex Hales 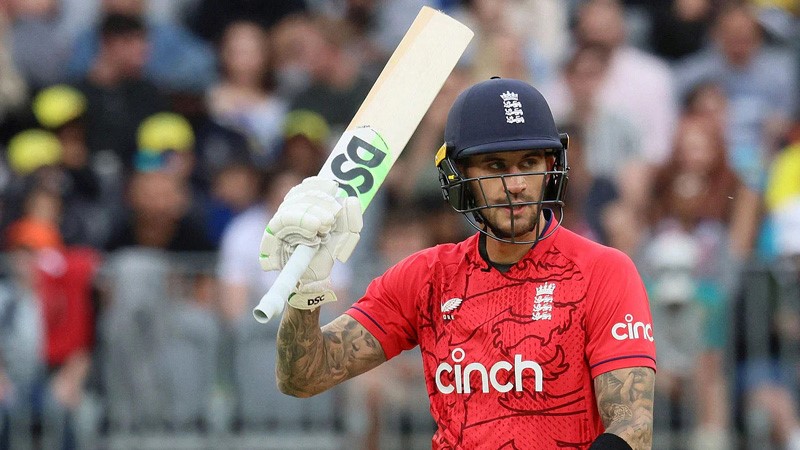