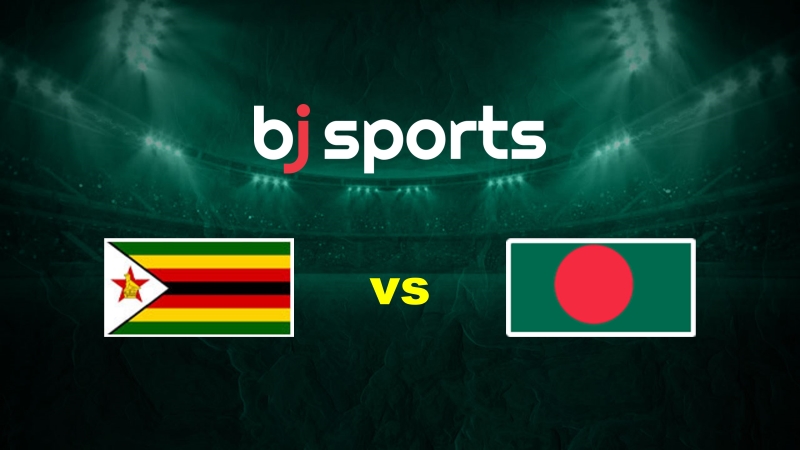 On Saturday in the early afternoon, Zimbabwe and Bangladesh will play the first of a three-game IT20 series at the Harare Sports Club. On July 17 in Bulawayo, Zimbabwe won their final match played in this format. On July 16, Bangladesh lost their most recent IT20 match at Guyana. Beginning at 13:00 local time, the game.

Zimbabwe has already this month defeated Singapore, Jersey, the United States, Papua New Guinea, and the Netherlands at home in IT20 matches. They have home field advantage in this series and are playing good cricket.

Over the past ten months, Bangladesh has had one of the worst records in this format. They have only faced elite opposition, so they will be confident going into Zimbabwe.

There are no prospects of rain in Harare’s bright and sunny climate. We don’t anticipate any weather-related play-stoppages during this match.

If either captain wins the toss, we anticipate them to bowl first on this track because they won’t be confident of the safe target on this particular pitch.

In Harare, we anticipate an abrasive and dry surface. The pitch will consistently bounce and undoubtedly turn for the spinners.

After defeating the Netherlands by 37 runs in Bulawayo just ten days ago, the hosts will be very confident. Zimbabwe will likely stick with the lineup that performed well earlier in the month, despite the fact that this will be a much tougher match.

After losing 3-0 in the IT20s, the Tigers finished their tour of the West Indies with a 3-0 victory in the ODIs. Mahmudullah, the team’s captain, and outstanding all-arounder Shakib Al Hasan are absent for this series. Nurul Hasan, the wicketkeeper, will serve as team captain.

Bangladesh are the favorite to win this match.

There are three reasons for Zimbabwe to be positive despite the fact that Bangladesh are the favorites going into this match. The Tigers are missing some of their best players, Bangladesh has a dismal track record in this format, and Zimbabwe was simply too powerful for the opposition earlier this month. Overall, we think the game will be close, but Bangladesh, who have the better players, are the favorites to win.