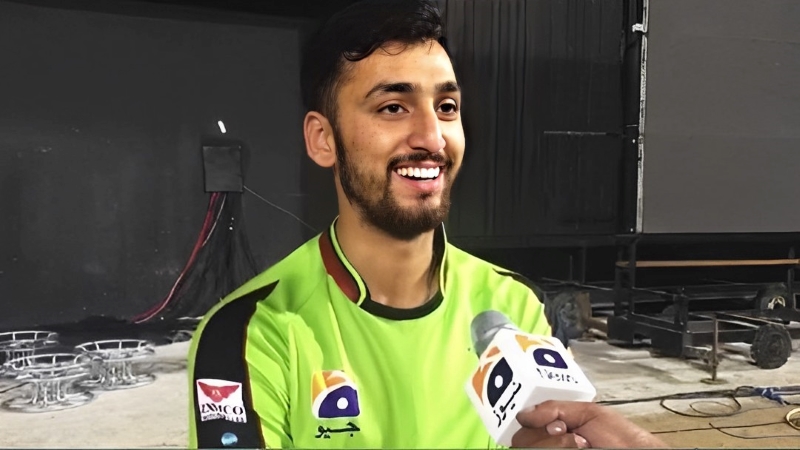 There is no one who has not heard of Kashmir, a beautiful land surrounded by mountains. Only one who has played in this beauty can understand how peaceful it is to play cricket amidst the beauty of high and low mountains all around. And now there is a person in BPL, who has come up by plowing the mountains of Kashmir. He is none other than Salman Irshad, the new sensation of BPL.

Salman is in Dhaka Dominators in this season of BPL. The six-foot-tall cricketer spends a lot of time practicing before hitting the field. And sitting on the practice field, he told the story of his life to the media. Salman said about his birthplace Kashmir, “Kashmir It is called the land of beauty. It is indeed paradise. Mountains all around, snow storms, but above all, life is enjoyable there. There are four seasons, cricket and games are played among the hills. I enjoy life in Kashmir, cricket. That’s where the hand of cricket lies.”

He completed civil engineering at the university. But his mind was in cricket. Salman also told that story to the media of Bangladesh “I was always interested in cricket. Lahore Qalandars organized a trial. I decided to go there. 35 thousand people went there. Out of 35 thousand only one was taken, and that was me.

How did he pass this test leaving behind 35 thousand boys? Salman also told that story “I always liked to bowl hard. I had a lot of pace. My speed on the speed meter was 145 kmph. That was what separated me from others. I was selected by Pakistan’s Aqib Javed. The day was very memorable for me”.

Salman has visited different places for cricket. He also went to Australia. He was taken by the Qalandars of Lahore. And there he was lucky enough to bowl a big star cricketer like Virat Kohli in the net. Salman said, “Virat Kohli is a big star in cricket all over the world. Like everyone else, I am a big fan of his. Kohli was the number one batsman in the ODI rankings. When he got the chance to bowl in the nets, I couldn’t believe it. It was an exciting moment.” Salman bowled Misbah-ul-Haq in the first ball of the Pakistan Premier League. Mohammad Sami hit the first ball to bat. “

Salman’s dream is that one day many cricketers will emerge from Kashmir. He said, “There is no shortage of talent in Kashmir. But there is a shortage of fields, only hills all around. There are few flat areas. If given a chance and given proper guidance, Kashmiri cricketers will do well. The cricket world will see many more great cricketers from Kashmir.”Salman is now a big name of inspiration to the boys of Kashmir. However, this young man is impressed when he comes to play BPL

cricketer Salman also said “It feels great to play here. I am looking forward to proving myself in BPL. There is an opportunity to learn a lot from many famous cricketers. The BPL journey is great. Coming to play here has also increased the interest of the residents of Kashmir in this league.”