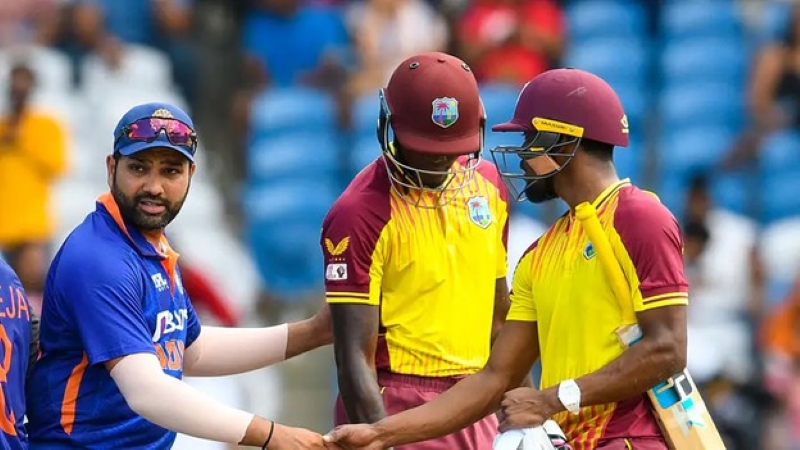 India won the ODI series against the Caribbeans with a bang. This time, the visitors also started winning against the hosts in the T20I series after the ODIs. Rohit Sharma’s side cruised to a massive 68-run win over the West Indies in the first of the 5-match T20I series at the Brian Lara Stadium in Trinidad.

After being rested for the ODI series, Rohit, Rishabh Pant, Ravichandran Ashwin, and Dinesh Karthik returned to the team for the T20I series. India took a 1-0 lead in the series against the West Indies depending on the brilliant knocks of Rohit and Karthik in the first T20I.

After winning the toss, Caribbean captain Nicholas Pooran elected to field first and sent the Men in Blues to bat. Two openers Rohit and Suryakumar Yadav gave India a good start after losing the toss and batting first. The two scored 44 runs in 4.4 overs in the opening pair. The pair broke when Suryakumar was dismissed for 24 runs off 16 balls.

Then Shreyas Iyer came to the wicket. But before he opened his account of runs, he fell victim to pacer Obed McCoy and returned to the dugout. After that, wicket-keeper batsman Rishabh Pant and all-rounder Hardik Pandya could not do much for the team. Pant scored 14 runs and Hardik scored only 1 run.

However, captain Rohit continued to score runs by holding one end. He scored 64 off 44 balls before Shimron Hetmyer caught him off Jason Holder. He hit 7 fours and 2 sixes. Another all-rounder Ravindra Jadeja (16) returned to the pavilion an over after his departure.

At the end of 16 overs, India’s total was 138 runs for 6 wickets. At the end of 20 overs, the scenario of the scoreboard changed. No more wickets fell for India. However, the final score was 190. This was made possible thanks to Karthik’s unbeaten 41 off 19 balls coming down at number 7. Karthik scored these runs with 4 fours and 2 sixes. He formed an unbroken partnership of 52 runs with Ashwin in the last four overs.

Due to this, the visitors collected a big score of 190 runs losing 6 wickets in the scheduled 20 overs. Ashwin was unbeaten on 13 runs off 10 balls. Alzarri Joseph took the maximum number of 2 wickets for the West Indies. Besides, Akeal Hosein, Obed McCoy, Keemo Paul, and Jason Holder took 1 wicket each.

Hard hitters like Mayers (15), Pooran (18), Rovman Powell (14), and Shimron Hetmyer (14) who got a chance in the team after eight months, all failed to do well for the team. As a result, the innings of the Caribbean stopped at 122 runs for 8 wickets. Brooks scored the highest 20 runs for West Indies and pacer Keemo Paul scored the second highest 19 runs.

India’s three spinners Ashwin, Ravindra Jadeja, and Ravi Bishnoi played an important role in restricting the West Indies to a short total. These three together took 5 wickets of the Caribbeans. Ashwin, Ravi Bishnoi, and Arshdeep Singh took 2 wickets each. Besides, Bhuvneshwar Kumar and Jadeja took 1 wicket each.

However, Dinesh Karthik was selected as the player of the match after playing a stormy innings of 41 runs off 19 balls. The second T20I match of the series will be played next Monday (August 1) at Warner Park in St. Kitts.

Player of the match – Dinesh Karthik 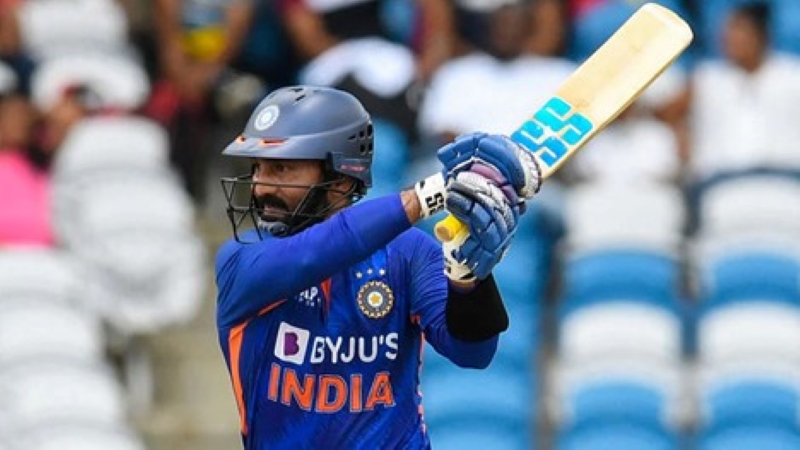