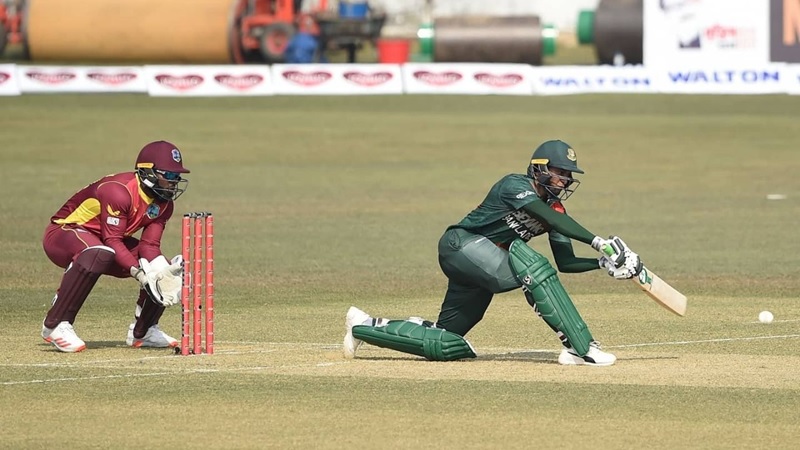 Bangladesh recorded their first victory of the West Indies trip with a six-wicket victory on Sunday in the first ODI in Guyana.

Bangladesh won the toss and decided to bowl in a game that had the number of innings cut to 41 due to a muddy outfield. After a slow start, the West Indies managed to post an impressive 149 for 9, with No. 3 Shamarh Brooks taking the lead with a 66-ball 33.

The hosts’ overall performance will leave them feeling extremely let down. Only Gudakesh Motie bowled with rhythm as the other bowlers lacked composure and often gave up runs. They succeeded in getting an early wicket but did not take advantage of it. But Nicholas Pooran won’t be pleased with their performance with the bat.

The outcome might have been different if the team had scored a few more runs. There are a few advantages to this game, though. Gudakesh Motie made a terrific debut, which is unquestionably a significant plus. The West Indies’ partnership for the final wicket was also a bonus.

On the other hand, Bangladesh’s bowlers, who dominated play during the first half of the match, were a significant factor in their victory. In the opening inning, the bowlers were dead on, and West Indies were eliminated due to their bad score of 149. They will, however, be looking for more assistance from the fielders after they missed numerous opportunities to keep the West Indies in the game.

In response, Tamim Iqbal and Najmul Hossain Shanto made helpful contributions, but in the end, Mahmudullah top-scored with an unbroken 41 to send the Bengal Tigers home. After losing in the shortest format, Bangladesh’s final performance was flawless, precisely what they needed to restore their confidence.

Anderson’s tailors With an additional 39 runs, Jayden Seales (16 not out) and Phillip (21 not out) resisted losing the last wicket. Phillip’s club had only six hits at Providence in the innings. The top bowlers for Bangladesh were off-spinner Mehidy Hasan and left-arm medium-pacer Shoriful Islam, who grabbed a career-high four wickets in an ODI.

Bangladesh scored 151 for 4 in 31.5 overs to reach the target with 55 balls remaining. Najmul Hossain Shanto scored a 46-ball 37, while Mahmudullah smashed an unbeaten 41 off 69 deliveries for the game’s highest total. Gudakesh Motie, a spinner, was efficient, returning 1 for 18 from nine overs.

The Player of the Match is Mehidy Hasan. He claims he is pleased with the performance. Adds that although they did not have enough time for practice because of the rain, this victory was tremendously satisfying. He is happy with the circumstances and was rewarded because he strove to bowl in the appropriate spots.

West Indies captain Nicholas Pooran claims that although there weren’t enough runs on the scoreboard, scoring runs wasn’t simple. Moreover, the last wicket partnership gave them a chance and allowed them to post a score within their reach. Observes that they ought to have performed well in the Powerplay. Regarding Gudakesh Motie, he states that the bowler did well, is pleased with his performance, and wishes him well moving forward.

The Bangladeshi captain, Tamim Iqbal, claims that the pitch was challenging for both teams, but winning the toss and the bowling performance were the highlights for him. When questioned about his wicket, he responds that it’s not a blame game and that nobody does this on purpose, but he is pleased because they ultimately won the game. Mentions that they still need to exert more effort.

On this trip, Bangladesh has finally achieved victory, and it comes in the format they have been enjoying themselves the most. They arrived at the finish line with six wickets already in hand and fewer than ten overs left to bowl. Consider the following statistic: West Indies has dropped 9 consecutive games and has not defeated Bangladesh in an ODI match since December 2018.

Bangladesh eventually defeats West Indies in an ODI to snap their tour-long winless streak and add a win to their record. West Indies must find a solution to beat Bangladesh in the ODI series. On Wednesday, the same location will host the second of the three ODIs in the series.

Player of the match – Mehidy Hasan 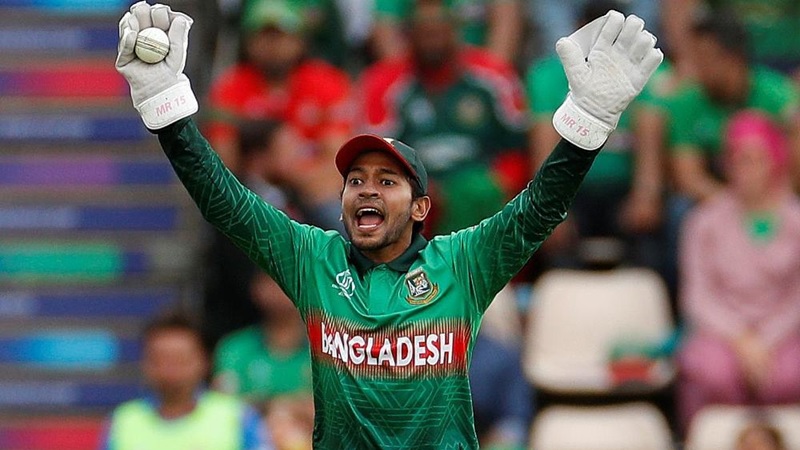