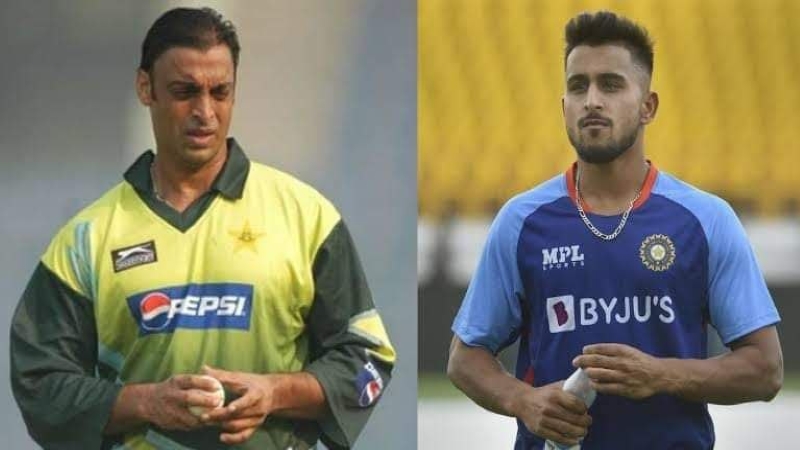 Shoaib Akhtar bowled the fastest ball in cricket history so far. The speed of the ball bowled by the Pakistani pacer against England in the 2003 World Cup was around 161.3 kilometers per hour. It still holds the top spot in the record books. But this time, India’s rising pace star Umran Malik is dreaming of breaking Shoaib’s record with his own pace.

Umran’s wish, he will write a new history with the fastest ball in cricket. However, the pace of the Indian pacer has created a global buzz since the last season of the Indian Premier League (IPL). In 2022, this pacer has created a storm of speed in almost every match in the jersey of Sunrisers Hyderabad. He also took 22 wickets in the tournament. After that, Umran and his speed were discussed.

Recently in an interview, Umran talked about his desire. There he said, “It is the dream of any cricketer to play in the jersey of the national team. That dream has been fulfilled, now my aim is to perform well for the Indian team, to contribute to the country. I am not thinking about anything other than cricket. Shoaib’s speed record is long. Intact, but it’s true that I want to break Shoaib’s pace record. If I can bowl well and God help me. Though I don’t think about these records, my aim is to bowl with the right line length. Play well for the country, give my best. important to me.”

Umran also talked about his mentality and bowling on the field. According to him, he has nothing else on his mind except the urge to do well while playing. The young pacer also said, “During the match, I don’t even think about the speed. I don’t know how fast I am hitting any ball in the match. I can know how fast I bowled after the game. My only goal in the field is to take the opponent’s wicket, at the right place. With the ball, keeping the line of the ball and putting pressure on the opposition. It’s good for me, good for the team.”

It should be noted that Umran has already proved himself in the IPL and has played in two formats for the Indian team. The Board of Cricket in India (BCCI) has full faith in this youngster. So that he can bring out his best, play cricket safely. Umran is slowly leaving the impression of his talent in the international arena. Who knows if he tries, and plays according to his talent, he may one day own many records.