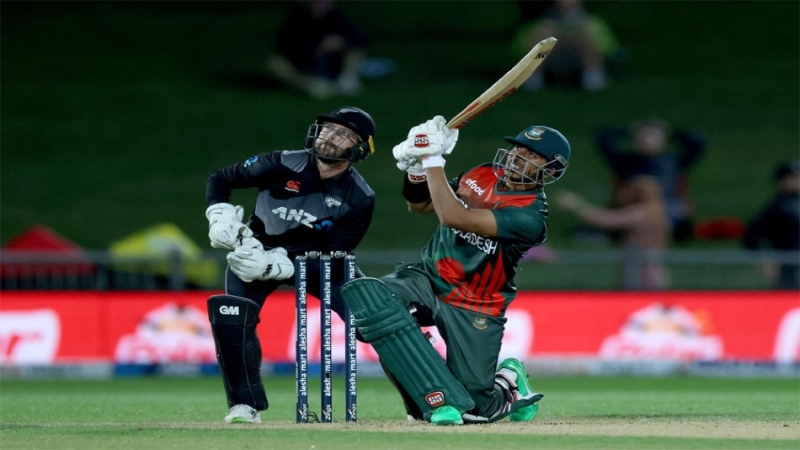 Bangladesh has started the T20I series with a win at the Dubai International Cricket Stadium. Bangladesh secured a thrilling 7-run win in the first of the two-match T20I series against the United Arab Emirates.

Batting after losing the toss on Sunday (September 25), Afif Hossain’s career-best 77 runs and skipper Nurul Hasan’s 35-run innings took Bangladesh to a fighting total of 158 runs for the loss of 5 wickets in the stipulated 20 overs. In response, the hosts came to bat but did not succeed in the end. UAE managed to score 151 runs before being all out in the last over.

Batting first, Bangladesh fell into disaster at the beginning. No top-order batsman could score big. The opening partnership of Sabbir Rahman and Mehidy Hasan failed completely. Sabbir got out without scoring any runs in the second over of the innings. Mehidy scored 12 runs off 14 balls. Despite getting a good start, Liton Das was dismissed for just 13 runs.

Yasir Ali also returned from injury but his batting failure continues. He was bowled by Karthik Meiyappan after scoring 4 runs off 7 balls. As a result, the visitors lost 4 wickets for 47 runs. As Mosaddek Hossain (3 from 8 balls) could not do well after that, Bangladesh lost 5 wickets for 77 runs and was in danger. From there, the unbreakable duo of Afif and Nurul guided the team to get a fighting capital.

On this day, Afif brought a challenging collection to the team with great batting. He was promoted up in the batting order. Afif seemed to play comfortably around the wicket. The new poster boy of Bangladesh cricket remained unbeaten on 77 runs hitting 7 fours and 3 sixes in 55 balls. Captain Nurul gave worthy support to Afif. He scored 35 runs off 25 balls with 2 fours and sixes.

Karthik Meiyappan took the highest number of 2 wickets for the team. Besides, Sabir Ali, Afzal Khan, and Zawar Farid took 1 wicket each.

The United Arab Emirates made a good start in reply. Opener Muhammad Waseem (15) returned to the dressing room with a pair of 27 runs in the opening. However, the hosts were responding well with the bat of another opener, Chirag Suri and Aryan Lakra.

Mehidy Hasan broke this pair in the eighth over and brought Bangladesh back into the match. Chirag became Mehidy’s victim by scoring 39 runs off 24 balls. He had 7 fours in his innings. In his next over, Mehidy also sent back Lakra to the dugout. The United Arab Emirates was knocked out of the match by the dismissal of two batters.

Then, wicket-keeper batsman, Vriitya Aravind became Mehidy’s third victim by scoring 16 runs. However, Afzal Khan and Junaid Siddique were showing dreams of victory for the hosts. They needed 11 runs from the last over to win. But coming to the last over, Shoriful took the last two wickets of Emirates with two consecutive balls. Afzal scored 25 runs off 17 balls.

Bangladesh won the first of the two-match T20I series and took a 1-0 lead. Tomorrow, Tuesday (27th September) these two teams will face each other at the same time and same venue in the 2nd and last match of the series.

Player of the match – Afif Hossain 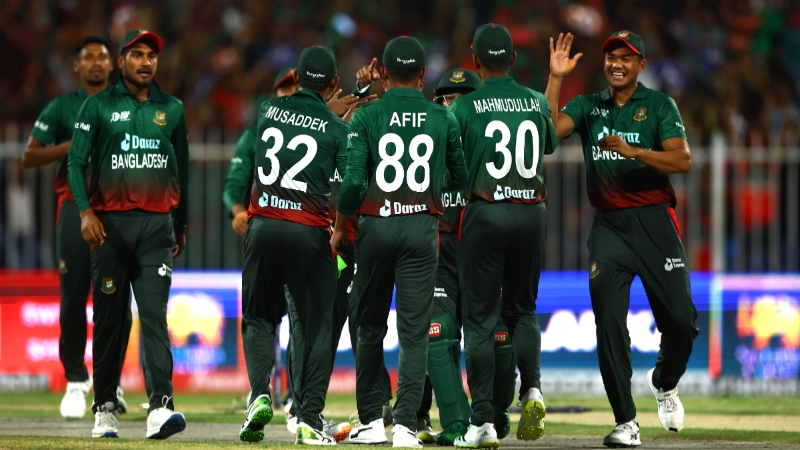