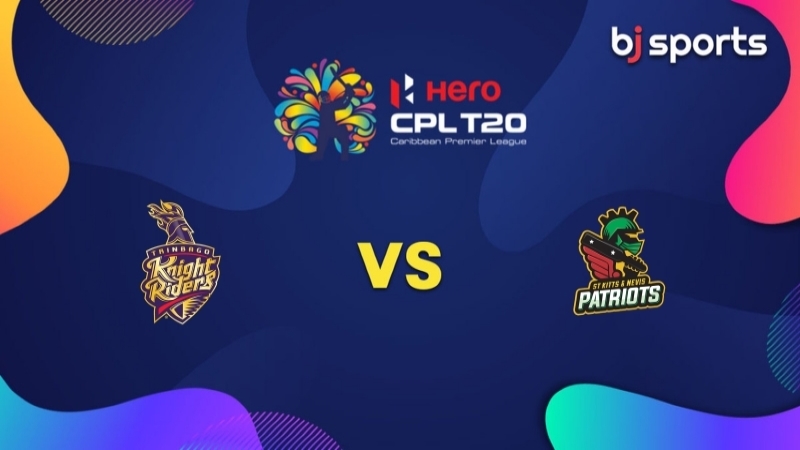 Trinbago Knight Riders and St. Kitts & Nevis Patriots will square off in game 26 of the 2022 Caribbean Premier League on Thursday morning at Providence Stadium. With seven points, the Knight Riders sit fourth in the standings. The Patriots are trailing by one spot and one point. In Guyana, the game begins at 10:00 local time.

Despite only losing their most recent match by one run, the Knight Riders have been becoming better as the competition goes on. They still have a chance to place as high as second in the table. Even winning this game might not be enough to advance St Kitts & Nevis Patriots to the play-off stage; they were one of the tournament favorites before it started.

Given that thunderstorms are expected to pass across the area in the morning, there may be a delay when the game begins. However, with the weather expected to improve in the early afternoon, a game with fewer spectators should be possible.

On Wednesday morning in Guyana, the Patriots won the toss and opted to field first against the Trinbago Knight Riders. We anticipate both teams will want to bowl first in this game, despite the fact that they lost the match.

The Providence Stadium’s hitting surface is excellent, with good velocity and uniform bounce. We estimate a par score between 155 and 165.

Trinbago Knight Riders came into the match hoping to win three games in a row and advance further in the competition. Tion Webster, the starter, was replaced by Leonardo Julien and Khary Pierre, and fast bowler Anderson Phillip was removed from the lineup.

The Patriots made two adjustments before their crucial Wednesday afternoon match against the Trinbago Knight Riders in Guyana. With Michael Carmichael and Dwaine Pretorius leaving the club, all-rounder Keacy Carty and left-arm pace bowler Sheldon Cottrell were brought in. 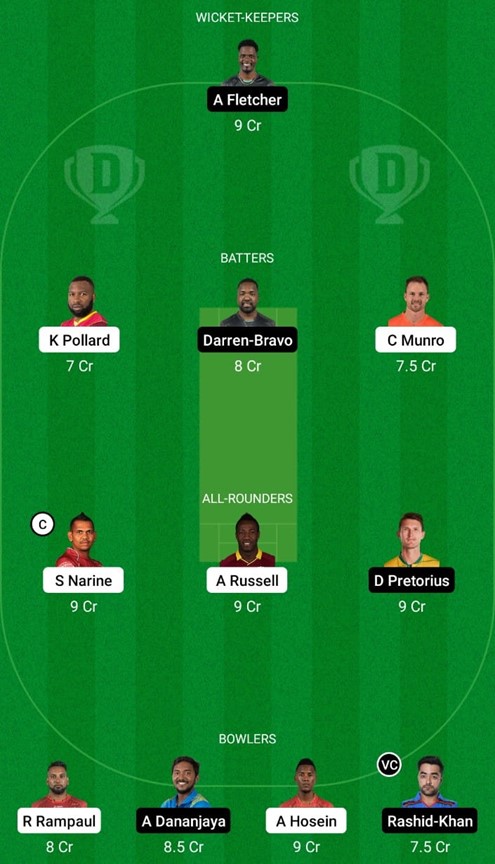 Trinbago Knight Riders are the favorites to win this match.

Both sides have dropped their most recent games in the competition, but St. Kitts & Nevis Patriots cannot afford to lose this game. Even winning this game will not be enough for the Patriots to ensure their advancement in the competition, hence we are backing Trinbago Knight Riders to win.