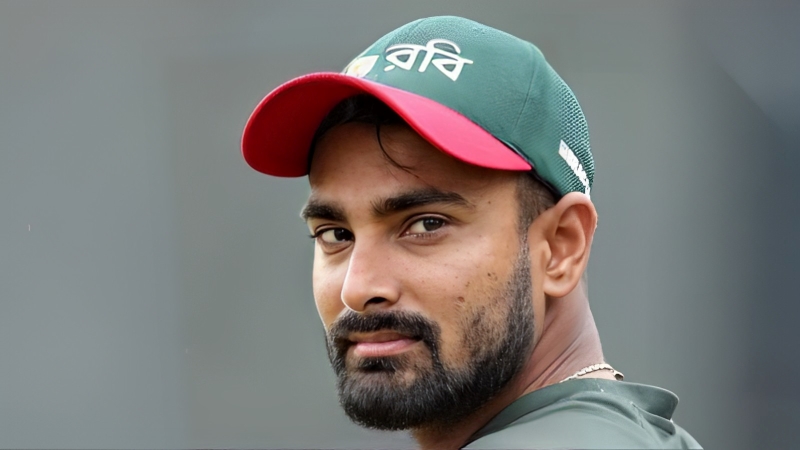 Liton Das is one of the two runners-up for Sportsman of the Year. He has also been awarded for such performance. However, due to personal reasons, Liton could not come to receive the award due to being out of the country. Lipton’s brother Bappi Das came to collect the award on his behalf.

Despite being out of the country for personal reasons, Liton expressed his excitement in a video message. He said, “Any award gives motivation. I am very happy to receive this award. It feels good, but I would have been happier if I could have received the award in advance. It will motivate me to play well in future. My responsibility has increased. Everyone pray So that I can perform better, and contribute to the country.”

Bappi Das was also happy with the award for his brother in front of all the big sportsmen of the country. He said, “The award means recognition of work. It is a matter of great pride. I took the award for Lytton in front of such great sportsmen. It is a great feeling. This place was really unknown. Coming here, it seems that Lytton has to do more for the country’s cricket. for”.

Litton’s brother hopes Litton will do better in the future. He also said that Litton could take this award into his own hands next year. He further said, “My brother got the award for good play. Now he is the runner-up, pray that he can be the sportsman of the year in the future. Injuries are a problem for players. Pray that he stays healthy, and can always perform for the country, the cricket of the country. May take it forward. I pray that next year he can take this prize in his hands. Then it will be great.”

It should be noted that Liton’s performance was great in 2021 as well. He was the highest run scorer for Bangladesh in international cricket. He scored his first career century against Pakistan in Chittagong that year. The year 2022 was no less for him. Even in 2022, he is the highest run-scorer in the country’s cricket. He has also come to the top in the ICC ranking among the country’s cricketers.

This wicket-keeper batsman of Team Bangladesh wants to maintain his form in 2023. A few days ago Liton led Bangladesh against India due to Tamim Iqbal’s injury. They also won the 3-match ODI series against India by 2-1.

Also in the interview, Liton said that he would gladly accept the opportunity to lead Bangladesh for a full term in the future. However, Lytton hopes to contribute to the country in the national jersey. ODI World Cup this year. Team Bangladesh wants to do well there. In that case, Litton could be the trump card for the Tigers.