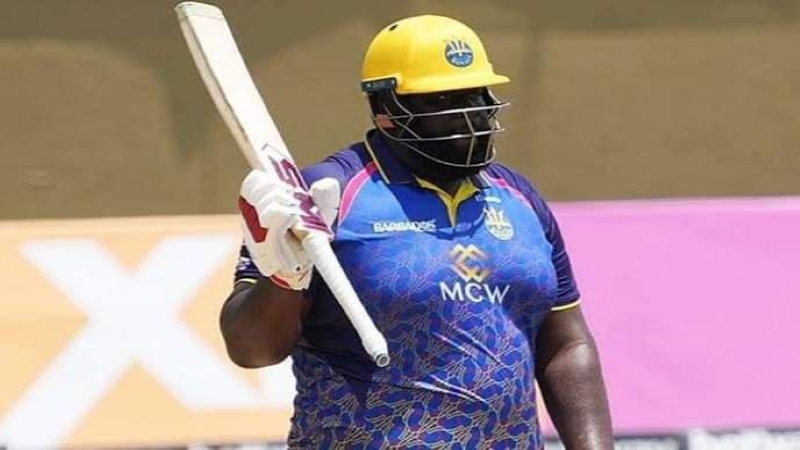 When a batsman scores 205 runs alone in 20 over cricket, it is incredible by any standard. International or domestic T20, wherever ‘double century’ is not an easy thing to do. Rakim Cornwall did that incredible work. That is only off 77 balls.

Cornwall has played a total of 9 Tests for the West Indies so far. Apart from this, this long-bodied all-rounder has not had the opportunity to play white-ball international cricket, although he has played in domestic cricket. But this time he played an innings with the white ball, which caused hue and cry in the cricket world.

This year’s Caribbean Premier League (CPL) has also seen a stormy Cornwall with the bat. After that, he got a chance in the US T20 tournament Atlanta Open 2022. He continued his batting rampage there on Wednesday as well. On this day, Cornwall played an unbeaten innings of 205 runs against Square Drive for Atlanta Fires.

After that, there created an uproar in the cricket world. Discussions are going on about how this long-bodied cricketer played the innings. Many people have made funny memes on social media. Many netizens jokingly say, “To score a double century, be long-bodied.”

Cornwall’s innings of 77 balls was featured with 17 fours and 22 sixes. This cricketer is most talked about in the world because of his long body. This Caribbean cricketer is playing without giving importance to fitness.