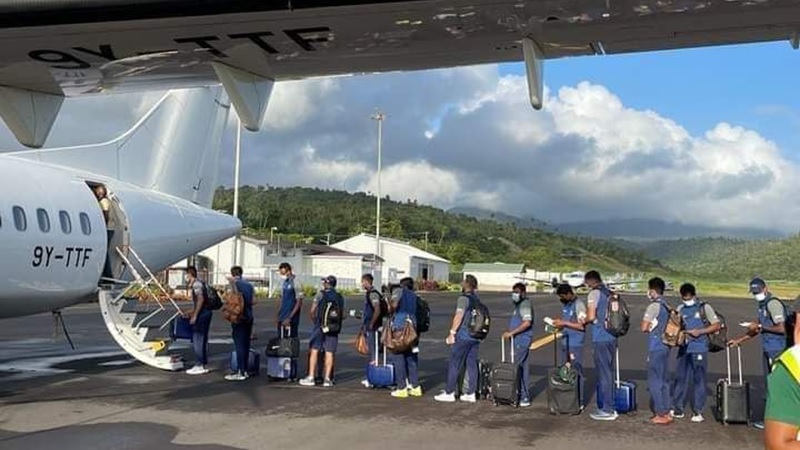 Shakib Al Hasan’s Bangladesh has been whitewashed in the two-match Test series. After that, the T20 series is not going well for the Tigers. Although the first three-match series was abandoned, Mahmudullah Riyad failed miserably in the second match, and West Indies won by 35 runs.

The third and final T20 of the series will be held in Guyana. The Bangladesh team went to Guyana from Dominica for that purpose. The match will be played on July 7 at 11:30 pm Bangladesh time. Guyana will also host a three-match ODI series between the two sides after the T20 series-determining match.

Meanwhile, the Bangladesh team went to Dominica by ferry from St. Lucia. After about five hours in the Atlantic Ocean, there was fear and anxiety, along with the cricketers suffering from ‘motion sickness’. As a result, the management did not take that risk when returning from Dominica. The cricketers went to Guyana on a domestic flight.

And the Tigers have spent only an hour and a half travelling by air. The Bangladesh team got a chance to practice two days before the match, which the Tigers could not do in Dominica. Then on Thursday, they will go down in the fight to save the series.

At the end of the T20 series, Tamim Iqbal’s forces will land 22 yards in Guyana with the ODI team. The Tigers will play three ODIs against the West Indies, and the three matches are scheduled to be played on July 10, 13 and 16 at the same ground. Meanwhile, there is uncertainty about Shakib’s presence in the ODI series, and he has already asked for leave.