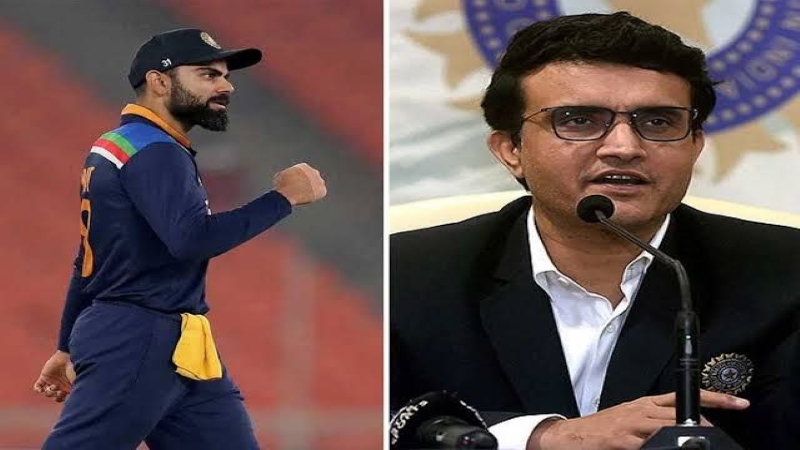 Virat Kohli has taken rest from the upcoming ODI series against the West Indies. There is a possibility that he will not play in the T20 series as well. This year, this star batsman was on rest in South Africa series at home. Then he taken rest in a T20 match against England. Sourav Ganguly, president of the Indian Cricket Board (BCCI), has repeatedly expressed his dissatisfaction with such rest.

In an interview given to the Telegraph, Sourav said, ”I played for India for 13 years without any rest before dropping out of the team. Did not take rest in any series, any tour. I didn’t take much rest as today’s cricketers do. In my 17-year career, those four to six months, when I was dropped from the team, were the only break in my international career.’

While not mentioning the name of Kohli, who has been out of form for a long time, Sourav drew his own example mainly on his rest issue. He also said, ”I have believed in one thing all my life, the more I play, the more I will be in rhythm, I will be fit. There are many matches to be played in international cricket. You can become physically stronger by playing more matches.”

Meanwhile, from former cricketers to analysts are suggesting Kohli, who is in off form, to take rest and giving various ways to return to form. While some have ruled in favor of his rest, others feel that rest alone will not solve the problem. He needs to play more matches and practice to return to form. Kohli’s repeated taking rests are being criticized in many quarters.