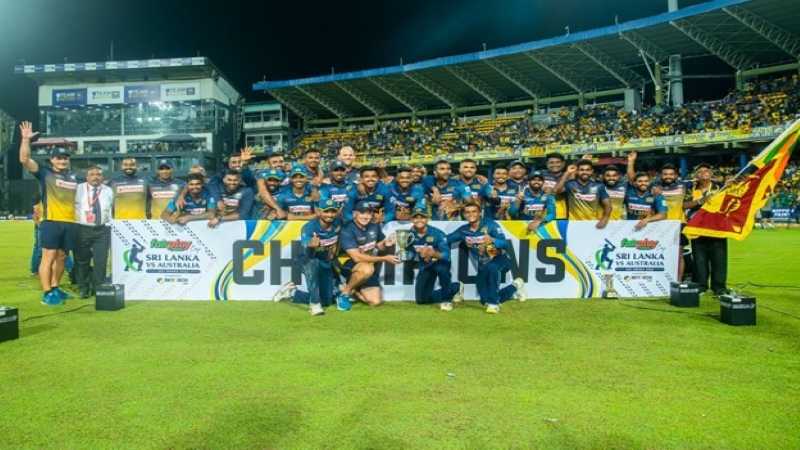 In the fourth match of the 5-match ODI series, Sri Lanka has confirmed their series victory against visiting Australia at home after 30 years by winning the match by 4 runs. So the fifth and final ODI in Colombo yesterday turned out to be an unimportant match. However, it seemed in this match that the Aussies have turned around after the series loss against the Lankans.

In the last ODI of the series at the R.Premadasa Stadium in Colombo, Sri Lanka was bowled out for 160 in 43.1 overs. In reply, the visitors reached the port of victory with 63 balls and 4 wickets in hand.

After winning the toss, Sri Lankan captain Dasun Shanaka decided to bat and sent Australia to bowl first. Sri Lanka came under pressure from the outset of their batting due to the great bowling of the Aussie bowlers. They lost three top-order batsmen in 34 runs – Pathum Nissanka (2), Danushka Gunathilaka (8), and Dinesh Chandimal (6).

Kusal Mendis (26) and Charith Asalanka (14) then tried to bring the team back into the match but failed to get the team out of danger. The team’s scoreboard stood at 56/5 when both of these Lankans walked away to the pavilion. In the next over, spinner Matthew Kuhnemann sent captain Shanaka (1) and Dunith Wellalage (4) to the dressing room shortly. As a result, the score of the Lankans was 62/7.

When Jeffrey Vandersay was run out for just 4 runs and returned to the dressing room, the team score of the hosts was 85/8. As a result, the Lankans were afraid of being bowled out before 100 runs. But lower-order batsman Chamika Karunaratne pulled the team’s score from there. He continued to lead the innings showing good patience at one end of the wicket.

Amid this catastrophe, Karunaratne played a devastating innings of 75 off 75 balls with 8 fours and 2 sixes. Debutant Pramod Madushan (15) companied him well by standing at one end of the wicket. However, Karunaratne returned to the pavilion as the last batsman. Sri Lanka was all out for 160 in 43.1 overs.

Chasing an easy target of 161 runs, the visitors lost 3 wickets for just 19 runs in the spin magic of the Sri Lankan bowlers. Captain Aaron Finch (0), David Warner (10), and Josh Inglis (5) returned to the dressing room one by one.

From there, all-rounder Mitchell Marsh and batsman Marnus Labuschagne tried to take the helm of the team. But Marsh (24) returned to the pavilion for the team’s 50 runs. Then wicketkeeper-batsman Alex Carey came down to the wicket. He put on a 51-run stand for the fifth wicket with Labuschagne. After the departure of Labuschagne (31), Maxwell (16 off 17 balls) quickly returned to the dressing room.

After losing 6 wickets for 121 runs, it seemed that the Aussies were falling out of the match. But in the seventh wicket, Carey left the field with an unbroken 43-run stand with Cameron Green (25* from 26 balls). In the end, he played an unbeaten innings of 45 off 65 balls with just one boundary.

For Sri Lanka, Dunith Wellalage took the highest number of 3 wickets. Besides, Maheesh Theekshana took 2 wickets and Pramod Madushan took 1 wicket. Despite losing the match, Chamika Karunaratne was named Player of the Match for his adventurous innings, and Kusal Mendis was named Player of the Series. The hosts, Sri Lanka have won the 5-match ODI series by 3-2.

The two teams will face each other in the first match of the 2-match Test series on June 29 at the Galle International Stadium.

Player of the match – Chamika Karunaratne

Player of the series – Kusal Mendis 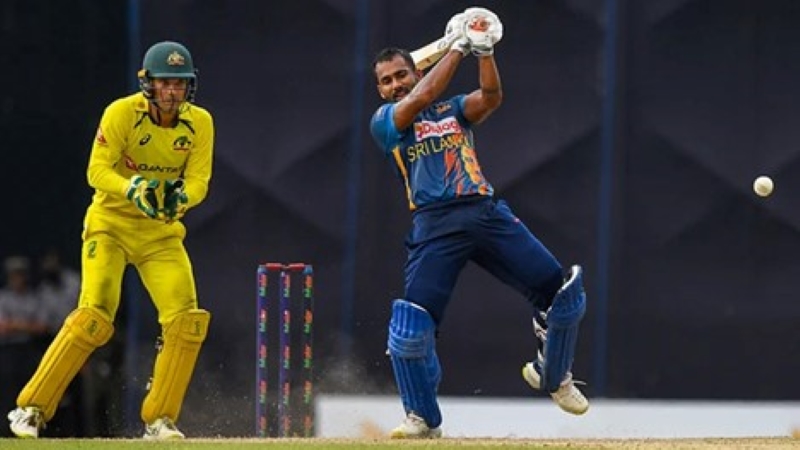