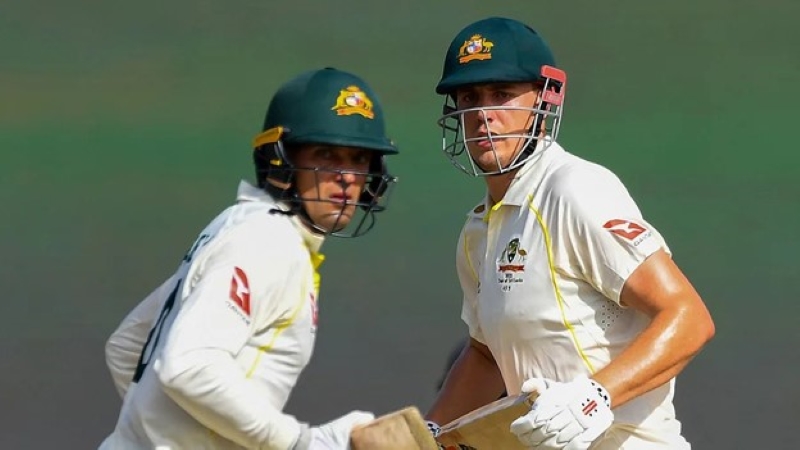 The beginning and end of the day were very bad. The start of the match was not good due to rain, and the end was bad due to lack of light. However, the game was played only 44 overs for the day. In these 44 overs, the visiting Australia showed their dominance. They lost 5 wickets and picked up 215 runs with a run rate of 4.89 per over. As a result, the Aussies are 101 runs ahead of the host Sri Lanka.

All in all, at the end of the second day, Australia lost 8 wickets and scored 313 runs. After winning the toss, the Lankans were bowled out for 212 in the first innings. After wrapping up the Lankans quickly, the Aussies were able to score 98 runs for the loss of 3 wickets by batting 25 overs in the last afternoon of the first day.

It started to rain on the second day before the match could get started. As a result, the first session of the day was completely washed away. The temporary gallery and sightscreen collapsed due to heavy rain and storms. High winds also damaged the TV camera stand. Although the field dried up in a relatively fast time due to strong winds, the start of the day’s play was delayed by about 3 hours and 45 minutes.

When the game started, Travis Head returned to the dressing room with a personal 6-run after giving a catch to Dhananjaya de Silva in the seventh ball of the day. Then Usman Khawaja and Cameron Green put on a 57-run stand-off 77 balls for the 5th wicket partnership. The spinners were in a bit of trouble due to the wind, but Khawaja and Green have handled them very well.

Khawaja, who scored 71, was caught by Pathum Nissanka in the short leg after playing a forward defensive shot off Jeffrey Vandersay. This was the first wicket of Vandersay in his Test career. However, even after Khawaja’s wicket, Sri Lanka could not stop the great batting display of Australia.

Then in the 6th wicket, Alex Carey and Green made a pair of 84 runs from 93 balls. Carey took over the main responsibility of the attack at that time, Green helped him a lot by rotating strike off and on. Before the tea break, the pair hit a half-century off just 49 balls. The visitors also got a lead before the break.

Then Ramesh Mendis stopped Carey. He came forward and tried to play the ball, but he got out with a great catch to mid-off by Dinesh Chandimal. Carey hit six fours to play an innings of 45 off 47 balls, he played some sweeps and reverse sweeps brilliantly.

After Carey’s departure to the dressing room, Green’s partnership with Mitchell Starc added 37 more runs to the scoreboard. But in the end, Green returned to the pavilion after being lbw by Mendis. He made 77 off 109 balls in 6 boundaries before being dismissed. Starc (10) also returned to the dressing room with a return catch to Vandersay in the over after Green was out.

Sri Lanka had a good chance to get Australia all out on the second day. But that didn’t happen due to Pat Cummins’ counter-attack. So far, only 22 of the 26 runs scored by the Australian captain have come from boundaries – he has hit three sixes alongside a four. At the end of the day, Cummins is unbeaten on 26 and Nathan Lyon is unbeaten on 8 runs. 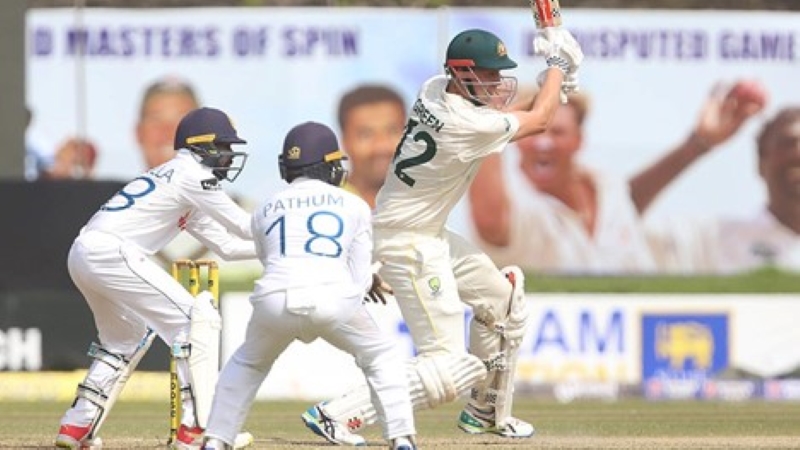