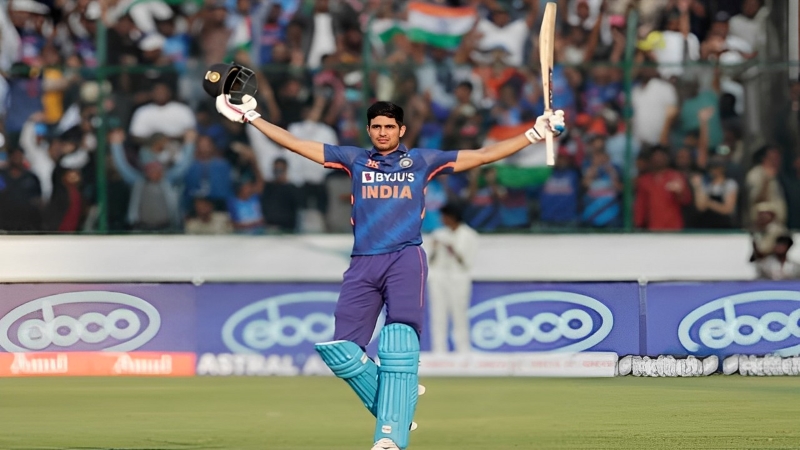 Shubman Gill has been in great form with the bat recently. The young opener scored a century in the Sri Lanka series. But what he did against New Zealand is unbelievable. This time, Gill was not satisfied with a century, he scored a double century. In the first match of the three-match ODI series against New Zealand, the Indian played an innings of 208 runs. In this, Shubman Gill also set the record of the youngest double centurion. Ishaan Kishan’s record is broken which was set a few days ago.

However, the Indian batsmen batted very poorly on this day. High scoring match, but no other batsman other than Gill saw a half-century. In India’s innings apart from Gill’s double century, the team’s highest innings of 34 runs came from Rohit Sharma’s bat. But so what? Gill gave the team a big collection by keeping one end, even though the other batsmen went back to the pavilion regularly. And with that he himself reached another peak.

Gill has touched several milestones as a result of this bicentennial. First, the right-handed opener became the youngest batsman in ODI history to score a double century. Gill was 23 years and 132 days old on the day he scored his double century against New Zealand. However, the record of the youngest double century in ODIs was done by another Indian youngster Ishan Kishan a few days ago against Bangladesh. At that time he was 24 years 145 days old. On this day breaking Ishan’s record, he became the youngest player in ODI.

Meanwhile, on the day he became the eighth batsman to score a double century in ODIs, Gill touched another milestone. He has completed 1000 individual runs in fifty over cricket. This milestone of Gill has also happened in a very short time. He reached this achievement by batting in just 19 innings. In this journey, he has surpassed India’s two star batsmen, Virat Kohli and Shekhar Dhawan.

The match was a dream come true for Gill, who scored his own double century, the team’s win, as well as the Man of the Match award. The young Indian did not think that he would get his first career double century in this match. Breaking Ishan’s record, Gill thinks, it is quite enjoyable to surpass in cricket. Gill himself said that he got such success by creating pressure on the bowlers. The young batsman is basking in the accolades on record-breaking days. Stars like Sehwag, Yuvraj Singh also congratulated Gill on social media.