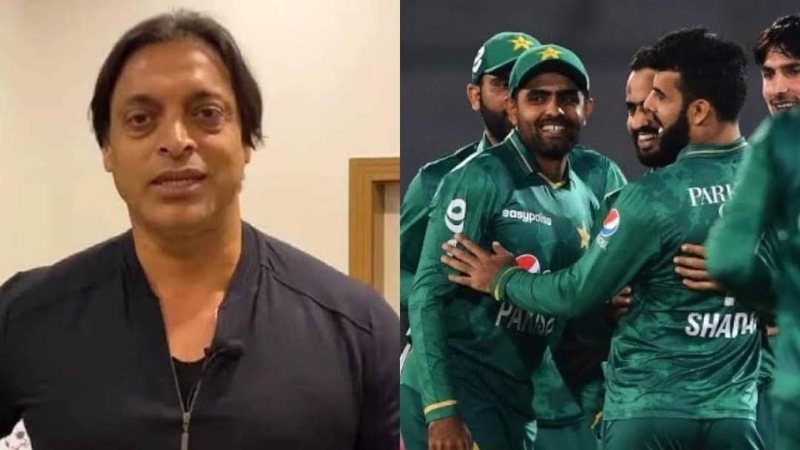 Fakhar Zaman has not been included in the announced Pakistan team for the upcoming T20 World Cup. This top-order batsman was dropped mainly because of the failure in the Asia Cup. On the other hand, two uncapped Shan Masood and Haider Ali have been called up in the batting department. And that’s why former pacer Shoaib Akhtar criticized the team’s head coach Saqlain Mushtaq.

Shoaib said on his YouTube channel, ”What team did the Pakistan Cricket Board (PCB) select! The problem is in the middle order, but they always say – I will select a team that everyone likes. That is, they will not change middle order. ”

Shoaib also feels that Fakhar Zaman is not being used properly by the Pakistan team. ”As I have said many times about Fakhar, give him 6 overs of power play. It will be easy for him to play ball in Australia. But no, Babar has to be kept up.”

The former pace star also spoke about Pakistan’s fear of being eliminated in the first round, “Iftikhar Ahmed is the second Misbah-ul-Haq. Mashallah, we have Mohammad Rizwan. Iftikhar is with him. With this team, we can be eliminated from the first round. ”

Shoaib Akhtar advised Babar Azam to go one down in Asia Cup. However, the team management did not apply it. Criticizing Babar Azam’s batting, the former pacer said, “Pakistan’s batting lacks depth, I am worried about it. The captain also does not suit this format. He (Babar Azam) is busy making himself a classic by showing his classic cover drives. ”

It should be noted that Pakistan lost by 23 runs to Sri Lanka in this year’s Asia Cup. Babar Azam was not in his usual rhythm throughout the tournament. Rizwan, on the other hand, is the tournament’s highest run-scorer, but there has been much criticism over whether his batting goes well with T20s. However, the anger of the failure in the Asia Cup fell on Fakhar. So Shoaib criticized the selectors.