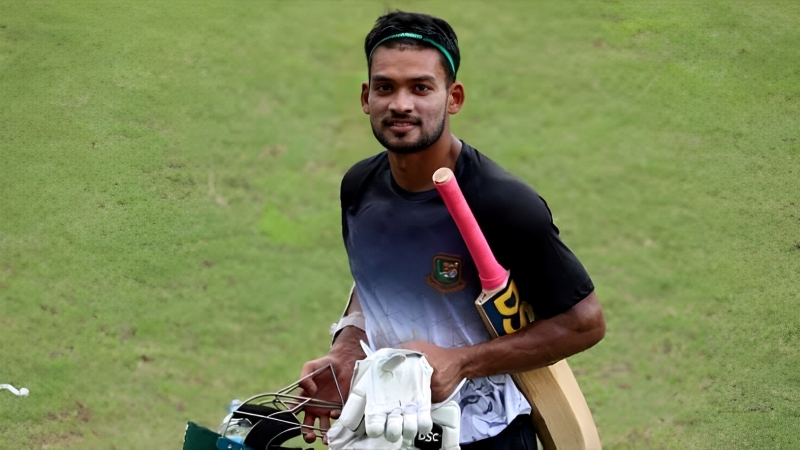 Nazmul Hossain Shanto has left the signature of talent with the bat from age-based cricket. Due to his good performance with the bat, this left-handed batsman also got a chance in the national team. But as soon as he came to the international arena, he lost his composure. He was constantly criticized for not being able to match himself in the red-green jersey. However, Shanto is having a great time in this year’s BPL. Spreading light with the bat within 22 yards of the field. He played an unbeaten inning of 89 runs off 66 balls for Sylhet against Barisal on Tuesday. This cricketer of team Bangladesh requested the critics to be decent after returning to run in BPL.

After breaking the national team’s run drought, Shanto has recently caught the eye with his batting in the BPL. He scored the highest run for Bangladesh in the last T20 World Cup. He also has the third-highest run in the BPL so far. This opener of Sylhet Strikers is regularly contributing to the team’s victory by playing big innings. After returning to the race, he opened his mouth about his critics. Shanto said that he was mentally depressed due to people’s ugly words.

Even if the performance is not good, Shanto said that he does not lack effort. The Tiger batsman also said, “I always work hard. Spend time in practice. Maybe not everyone sees it or knows it. That’s why everyone criticizes if the performance on the field is bad. Actually, I can’t control it. But I want people to know a little bit and Let’s understand. I don’t give up on hard work. Always want to contribute to the team.”

Meanwhile, Shanto said that the ugly comments on social media also touched him. He even said that these comments touched him more than his family members. Shanto also said that they had to fall down in embarrassment on the road. However, if you can pull this form of BPL into the national team, it will be a relief for yourself as well as it will be very beneficial for the team.