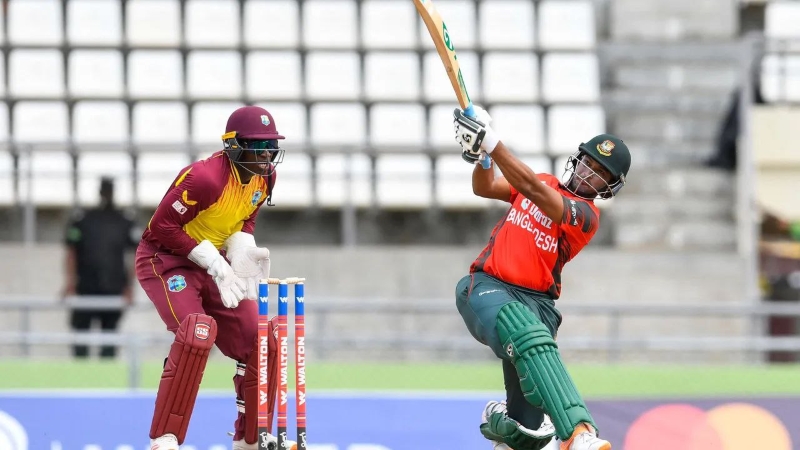 Shakib Al Hasan, this all-rounder has turned the name into a brand. The legend has taken himself to unique heights as an all-rounder. He has broken hundreds of records and set world records again. Even though the Tigers lost the second T20 match against the Caribbean, Shakib set a world record. Shakib has done what no one has done before in T20 cricket.

In the second T20, when the batsmen of Bangladesh were busy in the procession coming and going, Shakib was at the crease keeping one side protected. Playing a slow innings, he wanted to stay on the wicket, picked up fifty. Yet he could not save the team from defeat. What happened is that a record has been added next to Shakib’s name in that match.

Mohammad Hafeez was closest to Shakib’s unique double in the International T20. The Pakistan cricket professor took 61 wickets with 2514 runs. As Hafeez bade goodbye to the T20 format, Shakib no longer has to worry.

Apart from Shakib and Hafeez, Kevin O’Brien, Shahid Afridi, Dwayne Bravo, Mohammad Nabi and Thisara Perera have a double of 1,000 runs and 50 wickets in the International T20.