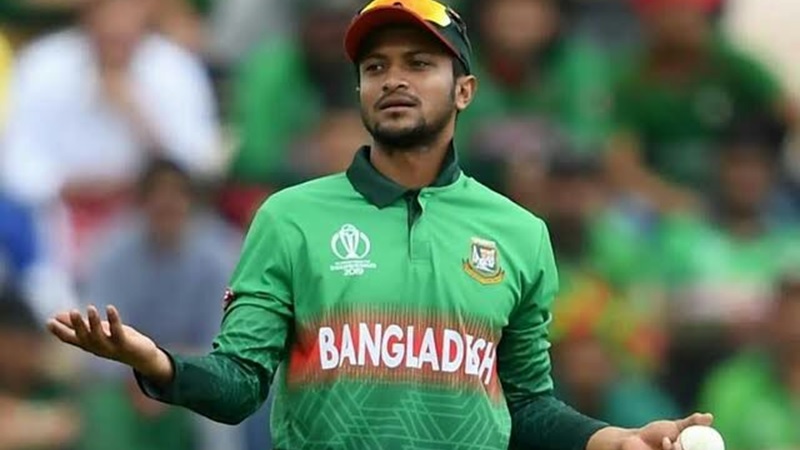 Before each series, there arises a big question of whether Bangladesh Cricket Poster Boy Shakib Al Hasan will play or not. However, though he was reluctant to play Test cricket, now that he is the captain, that fear should not exist. However, in the other two formats, it is difficult to say whenever Shakib will ask for leave. Even before his departure from the country for the West Indies, there were rumors that Shakib would not play in the ODI series. This time the rumor came true. Shakib will not play in the ODI series against the Caribbean.

Shakib has asked for leave from the series as it is not part of the ICC Super League. The Bangladesh Cricket Board has also granted him leave. BCB president Nazmul Hasan Papon confirmed the matter to the media after the meeting of the board of directors of the BCB on Wednesday. However, he has not yet confirmed who will be called in as a replacement for Shakib.

It is learned that left-arm spinner Taijul Islam is likely to replace Shakib. Taijul has played 9 matches in the Tigers’ colorful jersey and has taken a total of 12 wickets. Taijul last played for Bangladesh in March 2020. In that match against Zimbabwe in Sylhet, Taijul took 2 wickets for 36 runs in 9 overs.

Not only Shakib, but the Bangladesh team also seems to be in a hurry to be changed in the Caribbean tour. Anamul Haque Bijoy and Shoriful Islam were suddenly called up to the Test squad from the colorful dress squad. This time Taijul, who is in the Test squad, is being called up for the ODI squad. On the other hand, Mehidy Hasan Miraz, who was in the Test and ODI squads, has been called for the T20 squad after Yasir Ali Rabbi was ruled out of all three formats due to injury.