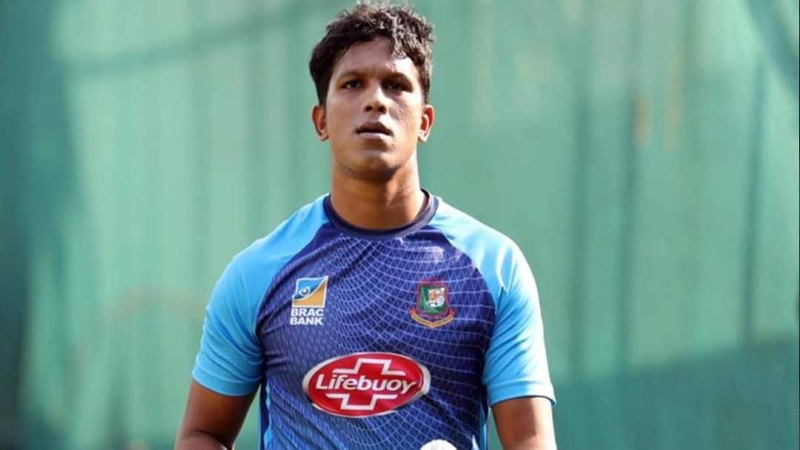 All-rounder Mohammad Saifuddin started the journey of the national team as a promising cricketer. Saif came just when the national team was looking for a pace bowling all-rounder. Even though he got a place in the team due to his performance, he has to be dropped again and again due to injuries.

One after another injuries has set him back a lot. T20 World Cup is coming soon. Before that, this pace all-rounder wants to return to the green carpet of 22 yards with the Asia Cup.

On the eve of talking to the media recently, Saif said about his injury, ”I am doing my work, doing rehab. All in all, I am working to fix the return process. If all goes well, I can go to India next week. I bowled on 22, before going to Windies. I have not bowled for the last one month. Doing rehab. I myself feeling good. ”

He also said, ”I may not be considered for the upcoming Zimbabwe series. Talked with the selectors yesterday. Asked me to plan for the Asia Cup. Inshallah, I am working to be fit and come back as soon as the time is right.”

The World Cup is knocking on the door. But Saif is not thinking about the World Cup right now. This cricketer wants to prove himself fit by playing for Bangladesh Tigers. Then there is the Asia Cup in mind. He said, ”The World Cup is still far away. First, I have to prove myself fit. When Baijid Bhai (Physio) returns home from Windies, I will sit with him and decide how to proceed with one week or two-week plan. ”

Saif also said, “As the physio is busy with the national team, we don’t get a chance to meet him or talk to him. He may come tomorrow. Then I will sit with him and make a plan. As Bangladesh Tigers have a practice match in Khulna, I spoke to the selectors there. After playing one or two matches, I will understand my condition.”