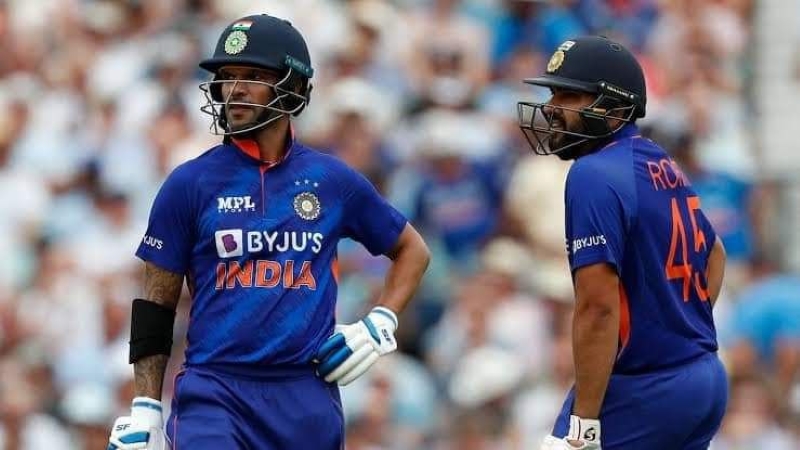 Rohit Sharma and Shikhar Dhawan have been familiar faces in the opening pair in Indian cricket for a long time. This pair has reached a great milestone in ODI cricket. Rohit – Dhawan scored 5000 runs on the day of defeating England by 10 wickets at London Oval. Sachin Tendulkar and Sourav Ganguly had achieved this feat before them.

The Rohit – Dhawan duo is a name people have forgotten with course of time. Rohit has retained his place in the team on one side. Became a captain. On the other hand, it seems difficult for Dhawan to get a place in the team with the crowd of newcomers. However, before entering the field against England, this pair was 6 runs away from 5000 runs.

Only three pairs have scored 5000 runs in ODI history. Sachin and Sourav have the record of scoring the most 6609 runs as a pair. Australia’s Adam Gilchrist and Matthew Hayden in second place have a collection of 5372 runs. West Indies’ Gordon Greenidge and Desmond Haynes are third with 5150 runs.

The new addition to the list, Rohit-Dhawan’s run is 5108. The pair have scored hundreds a total of 18 times. More than them, the Sachin-Sourav duo has scored  hundred run partnership 21 times. Meanwhile, touching the milestone, Dhawan wrote in a tweet, ‘Nine years have passed, we still have a strong partnership. Congratulations to the Indian team for this great victory.’