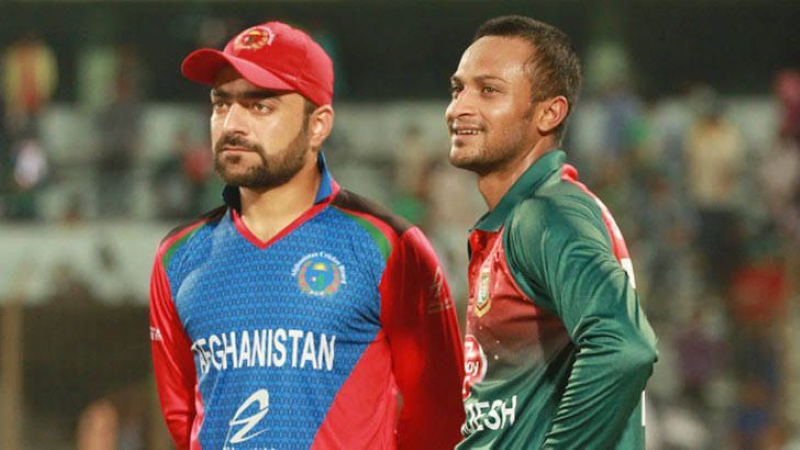 In this year’s Asia Cup, the Afghan fable continues. After defeating Sri Lanka by 8 wickets in the first match, Mohammad Nabi’s team also defeated Bangladesh by 7 wickets in the second match. The Tigers were caught in the whirlwind of two Afghan stars Rashid-Mujib. With that, they confirmed Super Four. Afghanistan is now dreaming of becoming the Asia Cup champion.

On the other hand, this year’s Asia Cup has come as a blessing for the Afghan spin star Rashid Khan. He announced before the start of the Asia Cup that he has added new weapons to his bowling arsenal. His spin magic has also been seen in two matches. Rashid has also set a unique example.

Bangladesh T20 captain Shakib Al Hasan is on the 1st place in the list after playing 100 matches in international T20 and taking 122 wickets.

Now Rashid is breathing on Shakib’s shoulder. Meanwhile, as Afghanistan confirmed the Super Four, they can play 3 more matches in the future. Rashid Khan will have an opportunity to overtake Shakib. In the form he is in, it will not be surprising if he surpasses Shakib in the Asia Cup.

After losing the first match, Shakib’s team is very much on the back foot. There is no option to win with Sri Lanka to advance to the Super Four. If Bangladesh reaches the Super Four, will get a chance to play 3 more matches in the Asia Cup.

Apart from team cricket war, this fight is also between Shakib-Rashid. Shakib’s fight to retain his throne and Rashid’s fight to surpass Shakib. In the end, it remains to be seen who will win this fight.