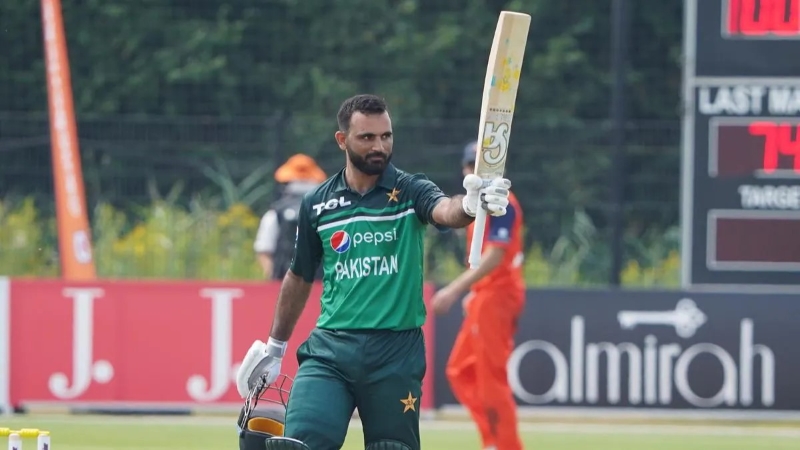 Hosts Netherlands delivered some scare to the visiting Pakistan at Hazelaarweg in Rotterdam. Batting first in the first ODI of the series, Pakistan collected a huge score of 314 runs losing 6 wickets in 50 overs.

While chasing the target set by the visiting side, Vikramjit Singh, Tom Cooper, and Scott Edwards batted well but the host’s innings finally stopped at 298 runs. As a result, the visitors took a 1-0 lead in the 3-match ODI series with a 16-run victory.

In response to 314 runs, the start was not very good for the Netherlands. They were in danger after losing the wickets of Max O’Dowd and Wesley Barresi to Naseem Shah and Haris Rauf (24/2). Bas de Leede (16) also returned to the dressing room with the team’s 62 runs.

But opener Vikramjit Singh was adamant. The Netherlands got the logistics of fighting with the bat of Vikramjit. He started to play firmly in front of Pakistan’s bowling attack in the relatively small field of Rotterdam. He scored 65 off 98 balls with 5 boundaries.

First, Tom Cooper made a partnership of 97 runs from 109 balls with Vikramjit for the fourth wicket. Then the team runs 159 to 167 – between these 8 runs, Cooper (65 off 54 runs) and Vikramjit both went back to the dressing room.

The Dutch needed 59 runs in the last 5 overs. In the end, they had to surrender due to a lack of experience. Edwards tried hard but could not win the game for his team. He ended up unbeaten on 71 off 60 balls. He had 6 boundaries and a six in this innings.

For Pakistan, Haris Rauf and Naseem Shah – both took the highest number of 3 wickets each. Besides, Mohammad Wasim and Mohammad Nawaz took 1 wicket each.

Earlier, Fakhar Zaman dominated the Netherlands’ bowlers after winning the toss and batting first. He got an ODI century after more than a year. Babar Azam scored a fifty. This is his seventh 50-run innings in the last 8 matches.

First, Pakistan was able to cross the team’s 300 runs by relying on Fakhar’s 109-ball 109 and Babar’s 85-ball 74-run innings. Pakistan got off to a slow start in batting. Imam-ul-Haq seemed to be struggling and was lbw for 2 runs off 19 balls.

After that, Fakhar and Babar made a partnership of 168 runs for the second wicket. Fakhar completed his seventh career century off 105 balls, hitting 12 fours and a six in the innings. In the end, Pakistan crossed the 300 mark thanks to Shadab Khan’s 28 off 48 runs and Agha Salman’s 16 off 27 runs.

Logan van Beek and Bas de Leede took the maximum number of 2 wickets each for the Netherlands. Besides Vivian Kingma took 1 wicket. These two teams will meet again tomorrow in the 2nd match of this bilateral series.

Player of the match – Fakhar Zaman 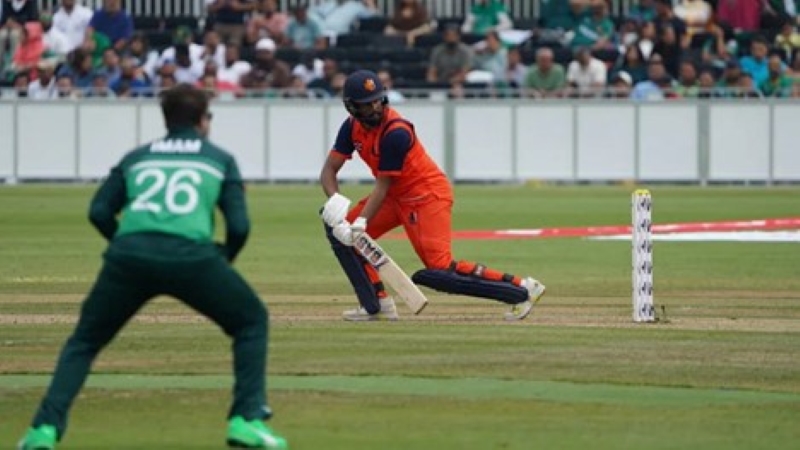