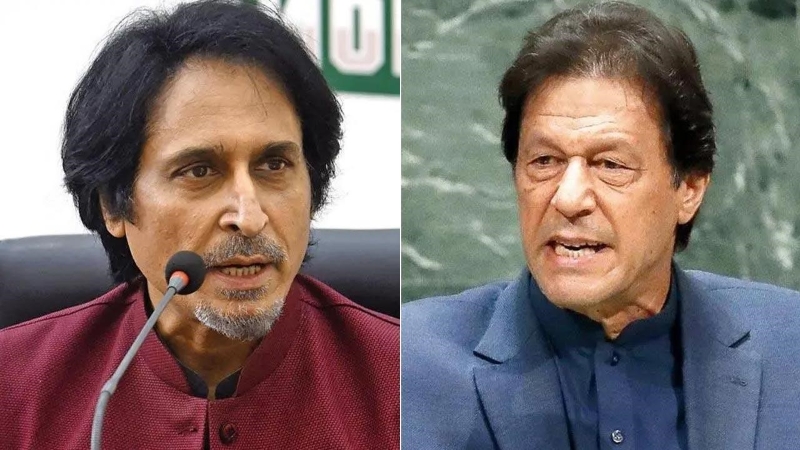 A few days ago, Ramiz Raja was dismissed from the post of Pakistan Cricket Board (PCB) president. Ramiz was defeated by Najam Shetty. Sethi replaced him as the chair of PCB president of Pune. After getting power, Sethi criticized the new former president and former prime minister Imran Khan. According to Shetty, they have ruined cricket.

Criticizing Ramiz-Imran in a recent interview on PCB’s YouTube channel, Sethi said, “Pakistan cricket is going through a turning point. What Ramiz and Imran have done for cricket in the country is in front of us. After all, the two have destroyed Pakistan’s cricket. Imran Khan and Ramiz Raja have done a big loss, this loss is irreparable. Now everything has to be fixed again for the good of the country. Pakistan cricket has to start anew. It is very difficult, I can’t sleep thinking about how to fix it, how to handle everything. It’s a tough challenge.”

Earlier on his resignation from PCB, Sethi said, “Actually, the time I was criticized so much, I didn’t really want to take charge. I was given the charge for three months on an interim basis. Later, I was forced to become permanent and got in trouble with the law. Even then I was doing well in Pakistan cricket. But after Imran came to power, everything started to change, there were differences of opinion between me. I stepped down as president because I could not work independently.”

Meanwhile, Sethi also talked about going to play in India. He said, “There is a lot of talk going around about playing Pakistan in India. But it is not possible to make a decision now. We will discuss this with the board officials before making a decision. Then a decision will be taken. But taking everything into account, we have to make a decision based on the situation. . Because a lot of things in Pakistan cricket depend on this decision. It is basically the decision of the government of Pakistan. So we will act according to what the government says”.

Sethi has changed all the constitutions since becoming the PCB president for the second term. He declared all the committees formed according to the 2019 constitution invalid. Meanwhile, the head of the selection committee, Mohammad Wasim, has also lost his duties. Former captain Shahid Afridi has been appointed as the chief selector in his place.