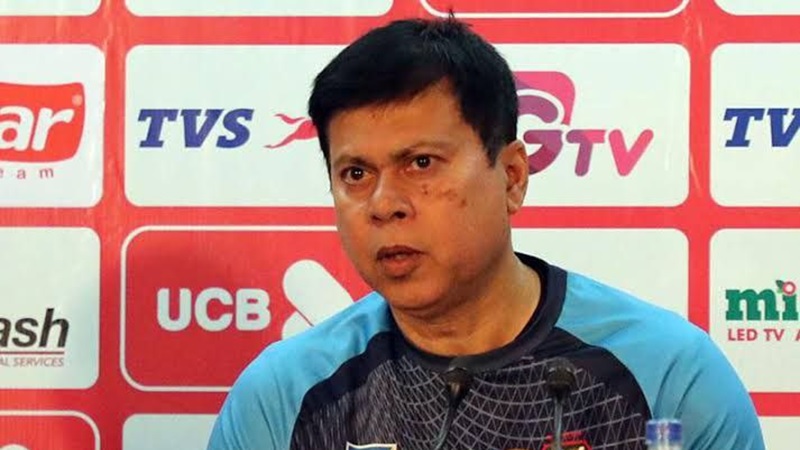 Sabbir Rahman got a call to the national team after almost three years in the Asia Cup squad. Nurul Hasan Sohan, who is almost ruled out due to injury, has also been included. Chief selector Minhajul Abedin Nannu explained the reason behind taking the two into the team.

After much drama, the Bangladesh Cricket Board has finally announced the Asia Cup team. There are quite a few surprises in the 17-member squad. Pacer Ebadot Hossain was called up to the T20 team for the first time.

Regarding the return of Sabbir, Nannu said, ”Sabbir is an experienced cricketer. He has been selected for his experience in international and domestic cricket in T20. We have taken the decision regarding Sabbir after discussing it with everyone in the team management.”

The chief selector said that since they have more injuries this time, they need an extra middle-order batsman.

This year’s Asia Cup of T20 format will be held in the United Arab Emirates on August 27 of this month. Sabbir, who was called up to the squad, is currently in the West Indies. Bangladesh ‘A’ team will play three one-day matches.

Mentioning that he will do something good before returning to the national team after a long time, Nannu added, ”We have sent Sabbir to Windies for the ‘A’ team, playing there he will get a bit more taste of the international atmosphere. He can use that in the national team. Sabbir played well in DPL.’

After that he is in nursing in Bangladesh Tigers, then in the ‘A’ team. This experience is a great gain for him. He will definitely do well in the national team by using them.”

Meanwhile, there was a special discussion about Sohan. A part of the management wanted Sohan to keep him on the team. This is due to if the squad reaches the final, this wicketkeeper will get fit before the last 2-3 matches.

But the selectors were not opposed in taking that risk in the 15-man squad. But in the end, he was given chance in the team.

Regarding Sohan, Nannu said, Sohan’s hand surgery pin will be opened on 21st. They are hoping to get some positive news after the date. If he can play, he will join the team.

About the inclusion of right-arm pacer Ebadot, who made his ODI debut in the Zimbabwe series, Nannu said, ”Ebadot did very well in the last BPL. With that in mind, he has been taken into the team. Soumya Sarkar was also attracted. Otherwise, I would not have sent him with the ‘A’ team to the Windies. We are concerned about the future.”