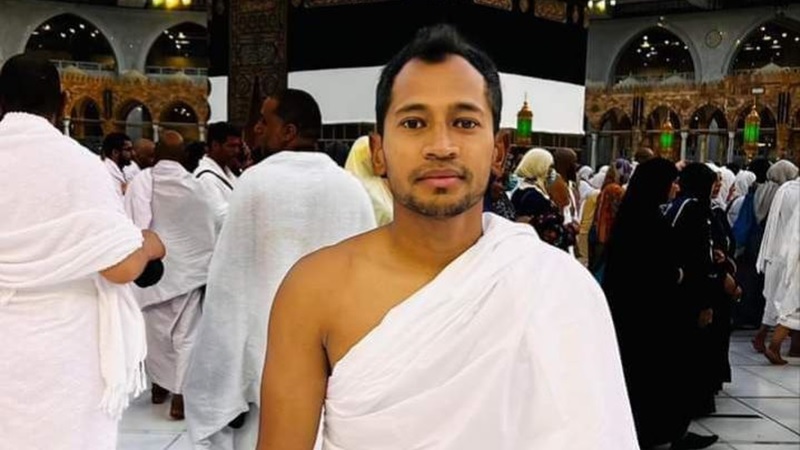 On July 1, Mushfiqur left Bangladesh for Saudi Arabia. The main condition for performing the holy Hajj is to perform Ihram. Mushfiqur’s photo shows him standing in front of the Kaaba in Ihram. Mushfiqur has performed the Umrah Hajj before but this is the first main Hajj.

This time, the wicket-keeper batsman of Team Bangladesh has taken leave from the West Indies tour of Bangladesh to perform the holy Hajj. Without him, however, the Tigers are not in a very good position in the Caribbean. In the two-match Test series, they have been whitewashed due to batting failure. Despite coming to the T20 series, Bangladesh could not overcome the impression of that failure.

Meanwhile, Mr. Dependable has been busy before leaving the country for the holy Hajj. He has managed his personal work and also worked on fitness. Mushfiqur has also done his shooting for several advertisements. It is learned that the advertisement will be aired on television before Eid.