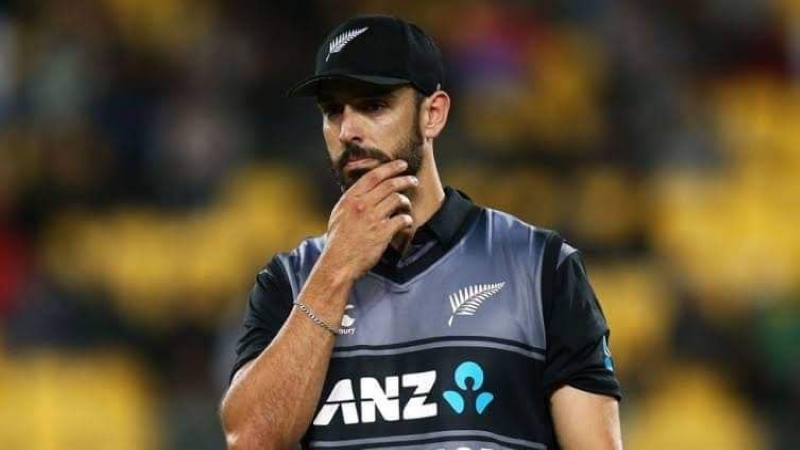 On October 7, with the Bangladesh-Pakistan match, the trilateral series started. But before entering the field, the host New Zealand received bad news. Darryl Mitchell suffered a finger injury during practice before the match. Even the World Cup performance of this Kiwi batting all-rounder is in doubt.

New Zealand’s first match of the tri-series is against Pakistan at Hagley Oval on Saturday. Basically, Mitchell was batting in the net ahead of this match. But there is a problem! The Kiwi star suffered an injury on the finger of his right hand. Later it is known that that finger is fractured.

The doctor said that the injured finger should be bandaged and rested for at least two weeks. It is clear from this that Williamson’s team is not getting this important member in the tri-series. However, the New Zealand Cricket Board has not made any decision regarding Mitchell in the World Cup.

The New Zealand team will go to the World Cup with Mitchell. “It’s an important time for the team,” said Kiwi head coach Gary Stead. Mitchell’s injury in this situation is very disappointing. Two weeks until our first match at the World Cup. That’s why we have to move forward keeping his rehabilitation in mind. ”

Note that New Zealand will fight against the host Australia in the opening match of the upcoming T20 World Cup (October 22). Both teams are the current champions and runners-up. Australia defeated New Zealand in the last tournament in the United Arab Emirates. Now it is the turn of the Kiwis to take revenge by defeating Australia.