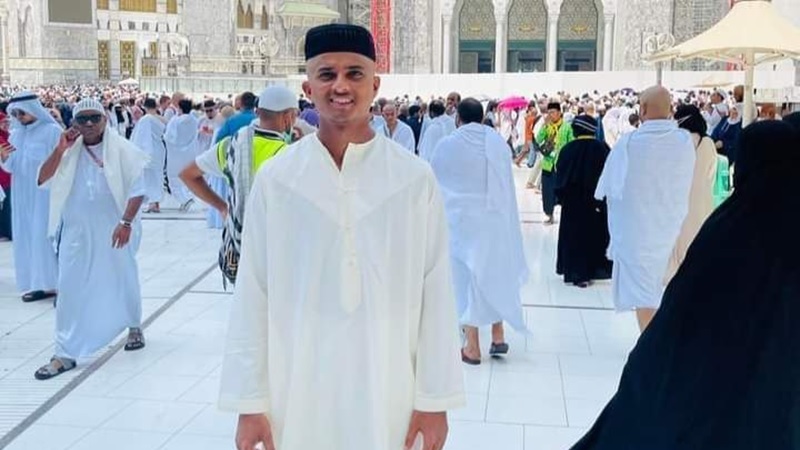 Bangladeshi cricketer Mahedi Hasan was supposed to be busy practicing at the Sher Bangla National Cricket Stadium in Mirpur. But as he isn’t in the World Cup plan of the coach, he is now in Mecca. The young off-spinning all-rounder did not get a place on the T20 World Cup team. After that Mahedi went to perform the holy Umrah.

According to the team management, Mahedi was not kept in the team mainly because of the combination on the soil of Australia. Since the T20 World Cup of 2021, it was unquestionable that the most inexpensive bowler in the country now should get a place in the squad. Though he didn’t get a chance in the first team, Mahedi has got a chance on the standby list.

But Mahedi, the 15th bowler in the ICC ranking, was quite surprised not to see his name on the list after the announcement of the team. Being frustrated, he criticized the board. On social media Facebook, Mahedi shared his performance statistics, perhaps expressing his silent protest of not getting a chance in the World Cup squad.

But Mahedi vowed to return stronger soon. This all-rounder wants everyone to pray for this. On his official Facebook page, Mahedi wrote, ‘Alhamdulillah for everything. Inshallah, I will come back stronger very soon. Keep me in your prayers.’

As he was not on the main team of the World Cup, Mahedi pushed away his cricketing thoughts and went to religious work. He left Dhaka for Mecca, Saudi Arabia on Thursday. Confirming the Umrah in the media, Mahedi said, ‘I am going to perform the holy Umrah. pray for me If everything goes well, I will return home on the 22nd.’