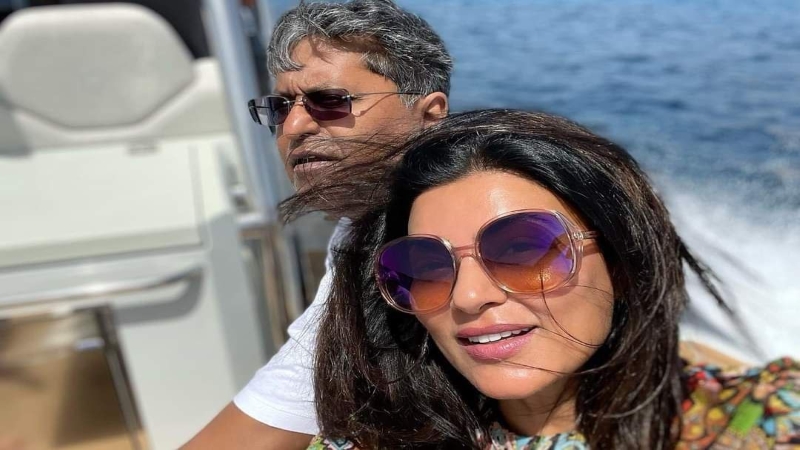 Bollywood actress Sushmita Sen has taken a dip in the sea of ​​love with Indian cricket official Lalit Modi, who left the country due to corruption. As soon as the news broke, Sushmita came under criticism. Intimate pictures with Lalit have also gone viral on the net. But Sushmita has not opened her mouth about this love till now. A few days ago, Lalit revealed the relationship between the two.

People are making a lot of comments on this trending news on social media. Sushmita is being ridiculed more than Lalit. The question of many is, by what magic mantra did former IPL chairman Lalit managed Sushmita? Many people think that this famous actress is hanging on Lalit’s neck for the sake of money.

Meanwhile, Lalit, who has been staying in London for a long time, posted several intimate pictures with Sushmita in his tweet and captioned it, ‘Back in London after a holiday in Maldives with my family, I will start a new life with better half Sushmita. New start, new family. I am in the land of dreams.’

But after that, Lalit told about their marriage. Later he wrote again, ‘Let me tell you, we are not married yet. Dating each other. But marriage will happen one day for sure.’ Earlier, Lalit married Minal Modi in October 1990. There are three children in that family. Minal died of cancer in 2018. Minal was also well acquainted with Sushmita.

Sushmita is very open about her personal life. Just as she openly admits love, she does not hide the news of separation either. However, the former Miss Universe has not yet commented on the relationship with Lalit. Meanwhile, in December last year, she ended her three-year relationship with ex-boyfriend Roman Shal. Although Roman is younger as a lover, current boyfriend Lalit is 10 years older than Sushmita. Let’s see if this relationship leads to marriage.