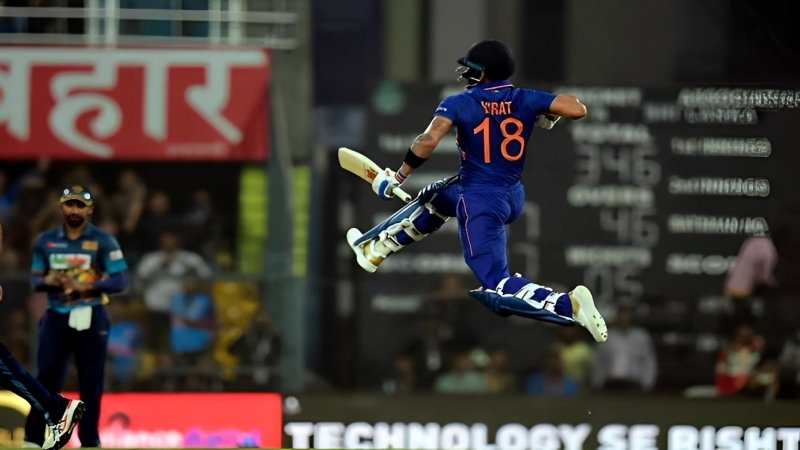 Virat Kohli, for whom scoring a century was very common, has not seen a century in the bat for almost three years. The Indian batsman ended that drought at the end of 2022. After 1020 days in the Asia Cup of T20 format, Kohli is again in his old form. He is running fountains of runs with the bat again. The best batsman of all time is scoring one century after another and setting various records.

Kohli scored a century in the third ODI against Sri Lanka at home. He played an unbeaten inning of 166 runs for India who came out to bat past. This is Kohli’s 46th century in ODIs. Kohli touched three milestones with this century against the Lankans. At the same time, he surpassed the compatriot legend, Sachin Tendulkar.

In terms of scoring a century at home, Sachin has been on top so far. This former opener, who played 164 ODIs on the country’s soil, has seen a total of 20 centuries on the country’s soil. His record has already been touched by Kohli, who scored a century in the first ODI against the Lankans. Kohli surpassed Sachin in the 46th century. Kohli has the highest number of ODI centuries in the country. And in this journey, Kohli has played 104 matches less than Sachin.

On this day, Kohli surpassed Sachin in another milestone. Sachin had the precedent of scoring the most centuries against a specific opponent. He scored a total of 9 centuries against Australia. This time, Kohli took possession of that record as well. The Indian star now has 10 centuries against the Lankans. And that’s why Kohli has become the owner of the form.

This is just the calculation of the century. Kohli also changed the list of run collectors in ODI cricket. Among the highest run scorers, Indian batsmen came to the top five. Kohli surpassed Sri Lankan legend Mahela Jayawardene who scored 12650 runs in this journey. His current run is 12754. Sachin still holds the top position in this list with 18426 runs.