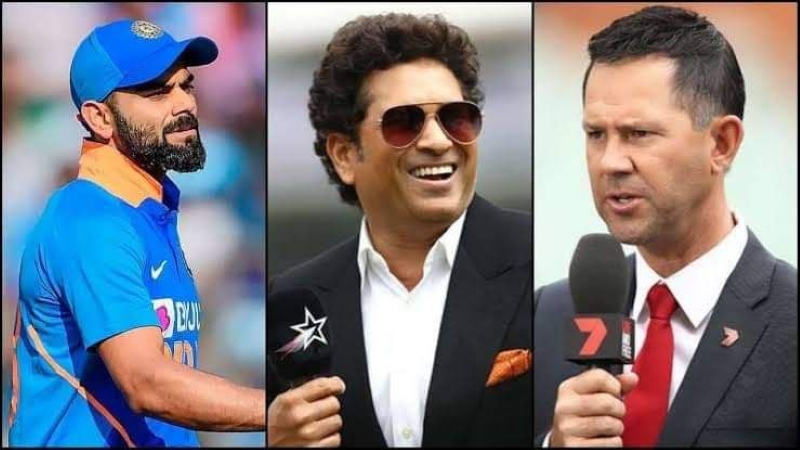 Sachin Tendulkar is the sole owner of 100 centuries in international cricket. There is no other batsman close to this legendary batsman of India. But at one time the possibility of breaking that incredible record arose with the bat of Indian batsman Virat Kohli. Australia’s former World Cup-winning captain Ricky Ponting still sees that possibility.

Kohli’s bat, which was moving towards Sachin’s record by scoring one century after another, suddenly stopped in 2019. After that, he did not see any century in his bat for three consecutive years. That is why Kohli’s dream of surpassing Sachin has broken. However, his bat has come back to life in this year’s Asia Cup. Got a century.

Kohli touched Ponting with the 61-ball 122-run against Afghanistan. Currently, both of them are owner of 71 international centuries. Ponting retired, so only Sachin is now in front of Kohli. Ponting’s hope is that with Kohli returning to form, he will surpass Sachin by maintaining this continuity.

In this context, Ponting said, ”If I was asked three years ago, I would have said, yes, Kohli can definitely surpass Sachin. But to be fair, his centuries have slowed down. However, I still believe it is possible for Kohli to surpass Sachin. There is no doubt about it.”

The former Aussie captain also said, ”I think Kohli still has a few years left in his career. But 30 international centuries is a big deal. For this, in the next 3-4 years, 5-6 centuries should be scored in a year. Also have to score some centuries in ODIs. It’s a bonus if some centuries come from T20.”

Kohli is now busy with the T20 match against Australia. The World Cup is ahead. Kohli is considered by many to be India’s betting horse in the upcoming World Cup. By scoring a century after 1020 days in the Asia Cup, Kohli has given a message that form is temporary but class is permanent.