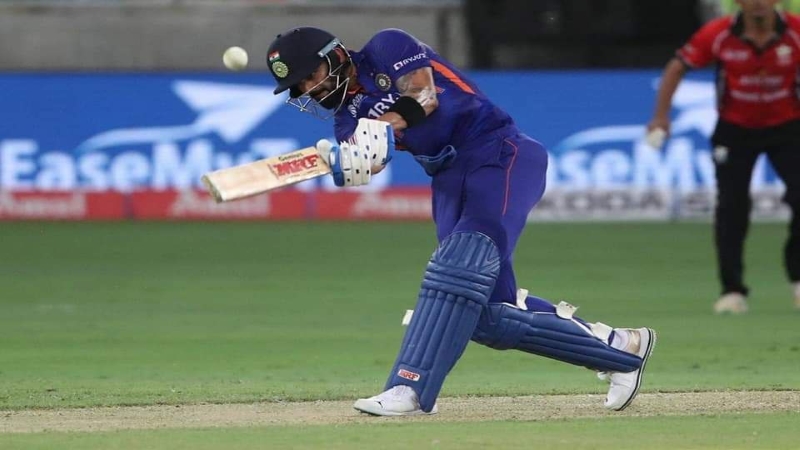 At one time Virat Kohli was the run machine of Team India. His appearance in the 22-yard was synonymous to the fountain of runs. That Kohli is now going through the worst period of his career. No run, no century in bat for more than 1000 days. Many are also in favour of dropping him from the upcoming T20 World Cup squad.

Before the start of this year’s Asia Cup, the question was raised, when will King Kohli return to form? This year’s Asia Cup is therefore an acid test for Kohli. Despite failing to score big against Pakistan, he showed glimpses of returning to the run. Kohli has finally returned to the rhythm of batting. Virat Kohli scored a half-century against Hong Kong in the second match of the Asia Cup. After five long months, his bat finally smiled.

India went into bat after losing the toss to Hong Kong. Rohit Sharma’s India scored 192 runs in the allotted 20 overs. But all eyes were on Kohli. Will he fail on this day or will he return to form? In the end, Kohli remained unbeaten with 59 runs off 44 balls. In this year’s Asia Cup, the first Indian half-century came with the bat Kohli.

Earlier in the year, he scored 52 runs in a T20 match against the West Indies at the Eden Gardens in February. After that, he did not see fifty in three consecutive matches.

Scored 65 runs against South Africa in ODI cricket in January. Then another break. Could not score runs in five consecutive matches.

India is looking at this year’s Asia Cup as a preparation for the upcoming T20 World Cup. India’s success in the World Cup will depend a lot on Kohli. So, in the Asia Cup Kohli’s comeback is good news for Team India. King Kohli being in rhythm means extra pressure on the opponents.