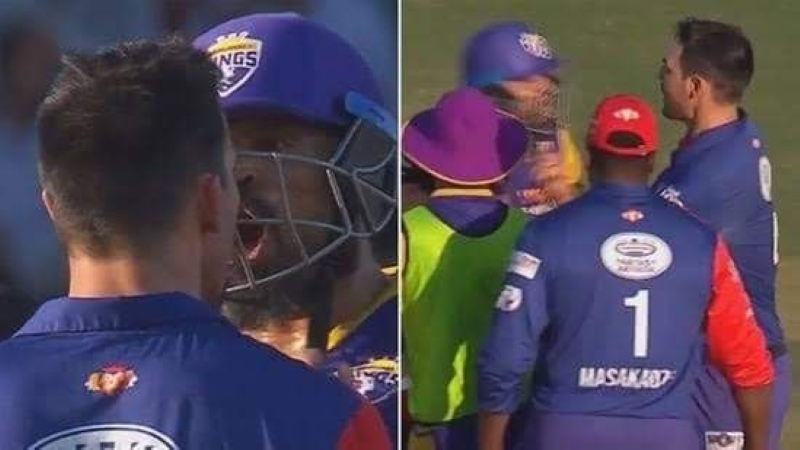 A legends League cricket tournament with former cricketers is going on in India. The audience is enjoying the game of former stars. Cricket fans are excited to see the former cricketers playing again in 22 yards of the field. But an embarrassing incident happened between Bhilwara Kings vs India Capitals in Jodhpur. It was in that match that there was a problem.

During the match, the two stars of the two teams, Mitchell Johnson and Yusuf Pathan got involved in a quarrel. Capitals bowler Johnson came to bowl in the 19th over of the match. Yusuf hits two sixes and a four in his over.

Johnson then caught Yusuf out in the same over. At this time, Johnson said something to Yusuf. And that’s where the clash begins. The former Indian star did not take it well at all. When Yusuf being angry rushed to the former Aussie pacer, Johnson hit him.

Yusuf is not one to stop. As soon as Johnson went to retort, the two female umpires in charge of the field came and removed both of them. Meanwhile, the heated situation calmed down. The video of that match has spread on social media. Since then, these two former cricketers have been subjected to criticism. Netizens cannot accept such behavior of former cricketers in cricket, a gentleman’s game.

Many cricket fans said on social media, “Such behavior of two former cricketers from two countries is against cricket. Bad message for the youth too”. However, Johnson and Yusuf have not yet opened up about the incident. But the criticism does not stop.