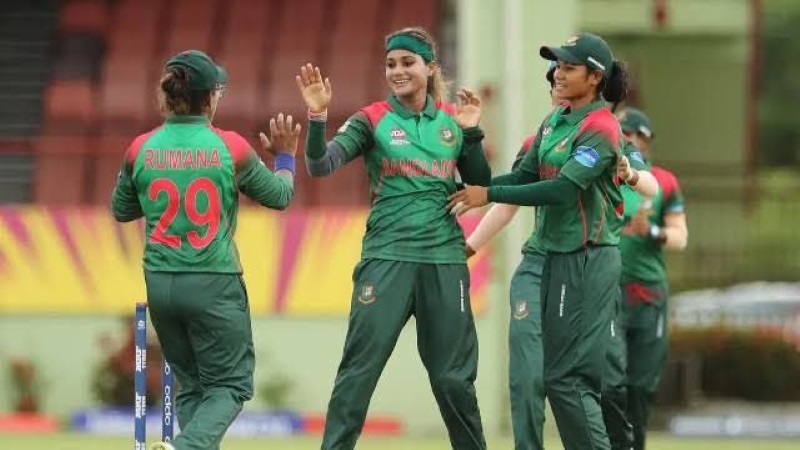 Bangladesh won the Women’s Asia Cup in 2018 by defeating India. In 2022, the Tigers of Bangladesh played in another Asia Cup as the defending champion at home. However, Bangladesh’s dream was shattered at home.

Bangladesh had to surrender to the rain. Bangladesh would have advanced to the semi-finals if they had won against the relatively weak United Arab Emirates on Tuesday. But as the match was abandoned due to rain, Nigar Sultana, Jahanara Alam’s luck was burnt. According to Jahanara, such an elimination at home is heartbreaking.

Thanking the fans, Jahanara wrote in a post on social media Facebook, ”Our 2022 Asia cup journey has been finished today. Being as a home team it’s really heartbroken for us. however, in this tournament I am able to touched my 100 international wickets milestones Alhamdulillah . ”

Excited about her milestone, Jahana also wrote, “I wanna thanks to all of our true fans & well wishers……special thanks to Sylhet’s gallery audience for supporting me at all the times throughout this tournament. And also Thanks to BCB for making my 100 wkts (wickets) memorable by arranging cake………please remember me in your prayers.”

It should be noted that Thailand gets the semi-final ticket as it is ahead of Bangladesh in terms of points. India 10, Pakistan 8, Sri Lanka 8 points have already secured the semi-finals. The two semi-finals of the tournament will be held on October 13. And the final on October 15.