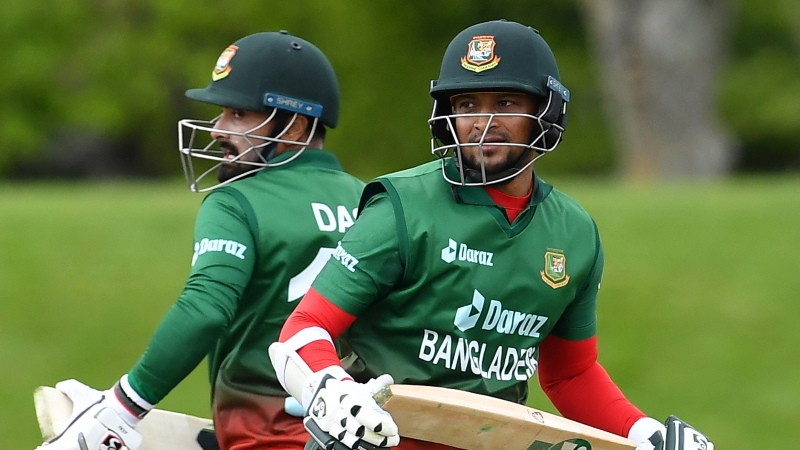 The Indian Premier League (IPL) mini-auction was held on Friday where many people expected to get a team of multiple players from Bangladesh. Because, apart from experienced Shakib Al Hasan, young cricketers like Liton Kumar Das and Taskin Ahmed were kept in the draft. Those who are in great form with the bat this year. That idea has come true a lot.

Bangladeshis have to be disappointed at the beginning of the auction. None of them was selected in the first call. Bargains will be kept away, no one raised their head at the call of Shakib-Litton. But at the end of the day, Kolkata Knight Riders (KKR) grabbed the advantage. In the second call, they brought these two Tiger cricketers to the team as the base price. However, KKR has apparently benefited.

Shakib’s base price in the auction is kept at Rs 1 crore 50 lacks. On the other hand, the base price of Liton is estimated to be only Rs. 50 lakhs. As a result, KKR spent a total of 2 crore rupees to get both of them into the team. Of course, Shakib has played in Kolkata before. Liton joined again. Earlier, Mashrafe Bin Mortaza also played from Bangladesh in the jersey of the Bengal team KKR.

Shakib’s IPL experience is quite rich. After spending several seasons in KKR’s jersey, the world’s best all-rounder also won the IPL for Sunrisers Hyderabad. He did not get a team in the last season. Now back in KKR jersey. Shakib’s challenge will be to hold his place. On the other hand, going to IPL Mata for the first time is a new test for Liton.

No other cricketer from Bangladesh got a team in this year’s IPL. However, Mustafizur Rahman will play for Delhi Capitals. The team retained the cutter master. The left-handed pacer did not have to fight in the auction due to his excellent ball-handling last season. As a result, a total of three Tigers will enter the field for the two teams in the coming season of IPL.

Bangladesh is currently playing the second Test against India at the Sher Bangla Stadium in Dhaka. During the series, Shakib, and Litton know the news of the IPL auction. However, after getting the IPL team, Shakib and Liton have not responded yet. However, since Bangladeshi cricketers are in the IPL, the interest of Bangladeshi fans in the IPL will undoubtedly be high.