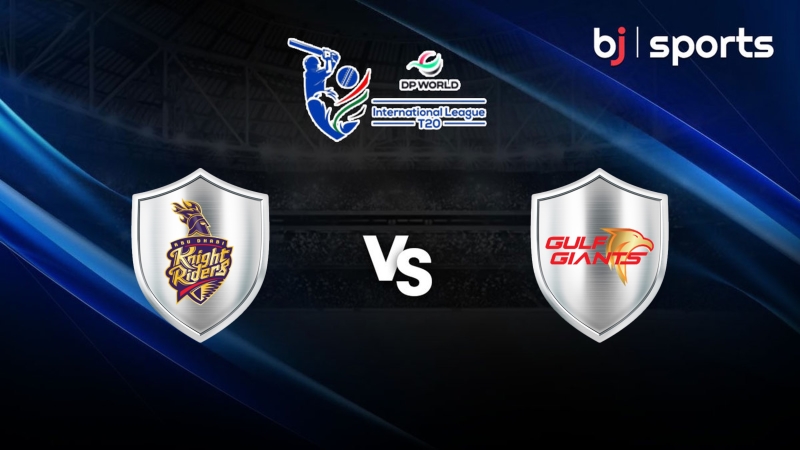 Abu Dhabi Knight Riders are currently four points behind the tournament in the standings with zero points to their name and are still the only team still searching for their first ILT20 victory. Their most recent loss was to MI Emirates by five wickets, however, it came down to the final ball.

When Sharjah Warriors defeated Gulf Giants by 21 runs on Monday, they became the first team to snap their four-game winning streak. The Giants will be eager to redeem themselves in this game because they were the second-best overall in bat and ball performance.

The Wednesday game is expected to occur amid light rain and a moderate breeze.

In order to bowl first and keep the opposition’s score below 175 runs, both teams will be eager to win the toss. In most games played in Dubai, the team batting second has won.

Despite the fact that the pitch appears to have slowed down a little recently, we still anticipate an excellent batting wicket with a par score of at least 170.

The team will be counting on players like captain James Vince, wicketkeeper Tom Banton, Chris Lynn, Shimron Hetmyer, and all-rounders Liam Dawson and David Wiese to make important wickets in the batting department. The team will be counting on bowlers like Richard Gleeson, Sanchit Sharma, Liam Dawson, David Wiese, and Rehan Ahmed to make timely wickets.

Gulf Giants is the favorite to win this match.