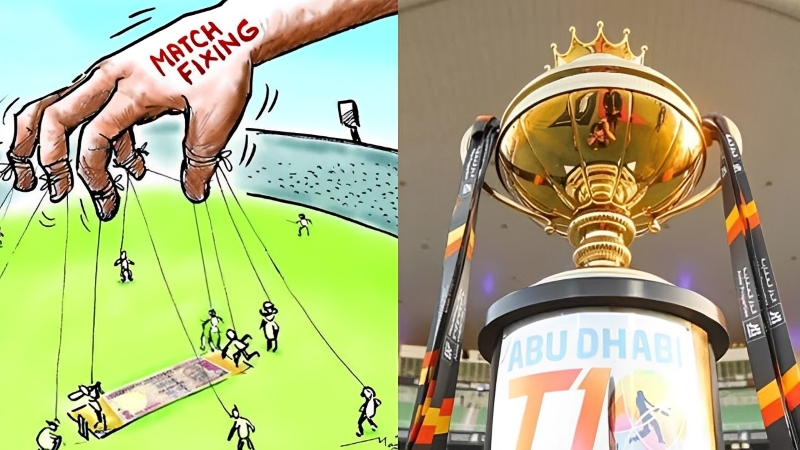 There seems to be no end to the fixing controversy surrounding franchise cricket around the world. This time Abu Dhabi’s T10 League is going to be questioned on the issue of fixing. Recently, after receiving reports of fixing in this league, the highest regulatory body of cricket, ICC, has started an investigation. A report of England’s popular newspaper Daily Mail has started an investigation into 6 cases of corruption. There has been an uproar in the cricket neighbourhood about the issue.

According to the report published by the Daily Mail, the ICC’s Anti-Corruption Commission received multiple complaints of corruption during the T10. Even serious complaints like match-fixing in the tournament came to ICC. It is also known that a total of 18 million dollars was bet on the entire event. Betting companies have also sponsored this league. After receiving the complaint, the ICC took the matter seriously. Cricket’s apex governing body wants to look into the allegations.

There are allegations against T10 that the team’s bowling and batting are fixed by the franchise owners. A source of ICC also said this. However, that picture emerged at the end of the tournament. The performance of the players in several matches has revealed the impression of corruption. Because of this, the ICC has doubts about the players and team owners. Since then, the controversy continued to grow, leading to an investigation.

Not only that, the ICC got more mysterious information while investigating the initial suspicions. Complaints are received about famous cricketers and team owners. This is what the Daily Mail claimed. Because of this, the ICC is reluctant to take it lightly. As a result, the anti-corruption department of the organization has started a strict investigation. If the allegations are finally proven, what could be the future of T10? The answer to that question is difficult to think about!

However, the last season of T10 was held with a total of eight teams. where Deccan Gladiators became champions. Many famous cricketers of the world played in that tournament. There are star cricketers like Shakib Al Hasan, Moeen Ali, Andre Russell, Nicholas Pooran, Dwayne Bravo, Kieron Pollard, Sikandar Raja and Wanindu Hasaranga. Now to see how much the complaint is proven. And if the allegations are proven, many may have to face danger. However, before the end of the investigation, the anti-corruption department of the ICC is lip-locked on this matter.