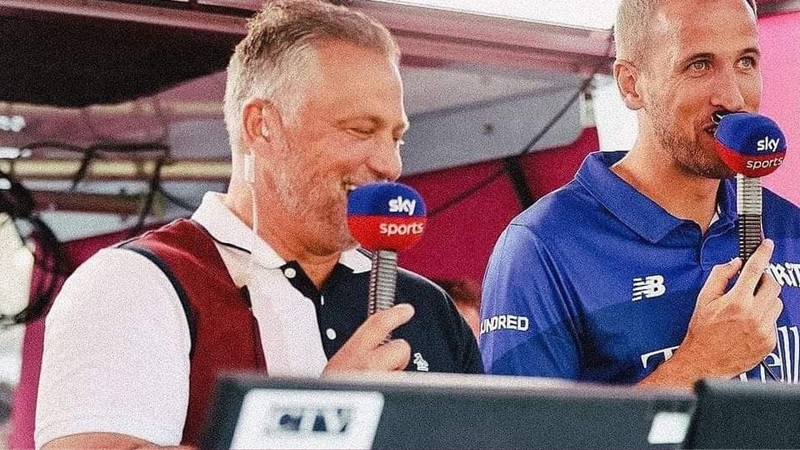 With the bat, gloves, and wearing pads, Harry Kane is coming down to Lord’s. Accompanied by his Tottenham teammate Matt Doherty, the moment felt like a dream come true. England captain Kane later posted the video on social media and wrote, “Actually buzzing here. Always wanted to walk out at Lord’s. Special sporting venue. Loved it.”

Kane and Doherty arrived at The Hundred for a match between London Spirit and Manchester Originals. Before the start of the match, these two were put into a 5-ball to hit sixes competition. They were accompanied by two Sky Sports commentators Nasser Hussain and Ian Ward. Kane eventually lost to Doherty in that contest. But he enjoyed the moment, that’s for sure.

Before the match, Kane took a picture standing with the two captains, Eoin Morgan of London and Jos Buttler of Manchester. Was also in commentary, where he was accompanied by Ravi Shastri, and Darren Gough.

In an interview at Lord’s, Kane later said, ”My first cricket match, could it have been better!”

Kane is a big fan of cricket. He has met Virat Kohli before this. He also praised Kohli’s innings on Twitter. Before this, Kane exchanged cricket and football with Moeen Ali and Stuart Broad of the England team.

There was more to celebrate in the match at Lord’s. The legendary Shane Warne was remembered with a 23-second standing ovation before the start of the match. He was supposed to serve as the head coach of London Spirit this season as well.