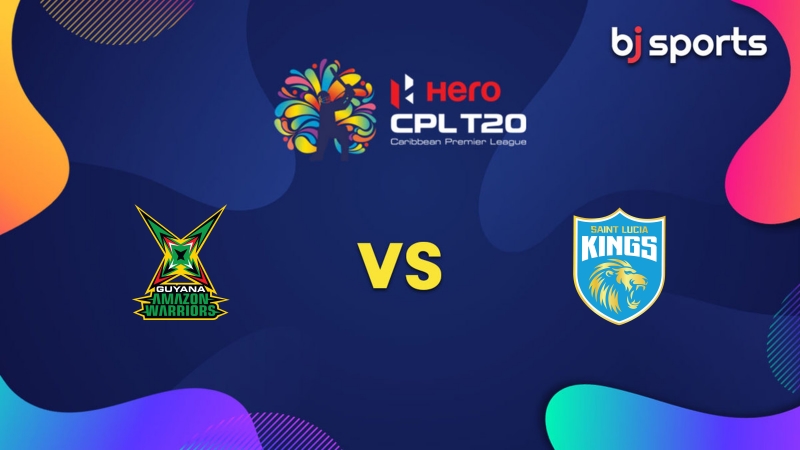 The Caribbean Premier League 2022 is currently in its last round of league matches. The 27th match of the season pits the Saint Lucia Kings versus the Guyana Amazon Warriors. Despite their dismal performance, the Warriors defeated the Jamaica Tallawahs in their most recent game. After defeating the Trinbago Knight Riders in their previous match, Saint Lucia Kings also enters this match with confidence.

The Guyana Amazon Warriors have just two victories in nine games, and they must win every game they have left to have any chance of making the playoffs.

The St. Lucia Kings have had a respectable season thus far, going 4 for 4 in wins and losses. Despite being second on the points chart, they are still not secure. To qualify, they must win two out of their final four games.

On September 23, there may be some cloud cover in Guyana.

In both of the games that have been played here, the team batting first has prevailed. The wicket slows down in the second innings, which has historically been a trend at this location. In this game, the team that wins the toss will not second-guess choosing to bat first.

Given how much cricket is being played here, it is understandable that the surface has been a little slow in nature. On this surface, a change of speed will be essential.

Since Shakib Al Hasan and Rahmanullah Gurbaz are back, Guyana appears to be a strong squad and shouldn’t alter its winning lineup.

After a shaky start, Faf du Plessis’ team has made a strong recovery. Therefore, Saint Lucia Kings ought to face the match with same team. 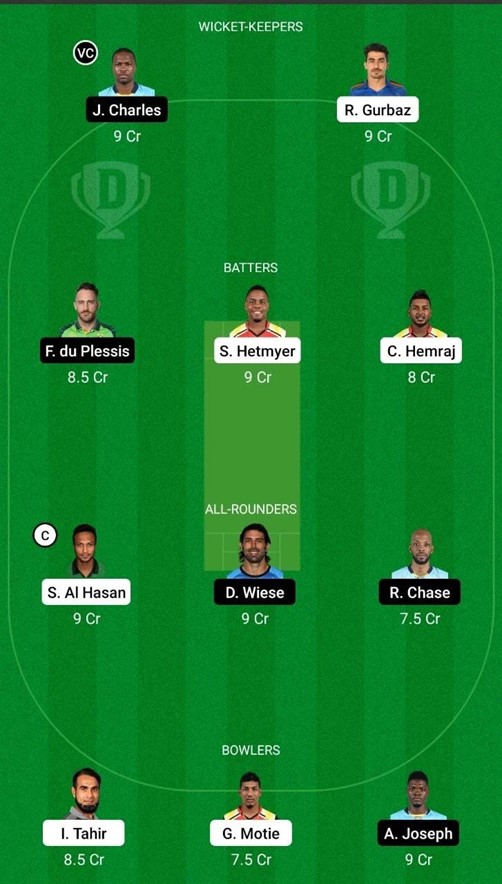 Saint Lucia Kings are the favorites to win this match.

The form of the Guyana Amazon Warriors has been a problem. Their top order’s inconsistent play has harmed the side’s campaign. To win this game, they would need their openers to get out to a strong start. In the last three games Saint Lucia Kings have played well, and their bowlers are in good shape. They would overtake the Warriors by a small margin. We support Saint Lucia Kings to triumph.