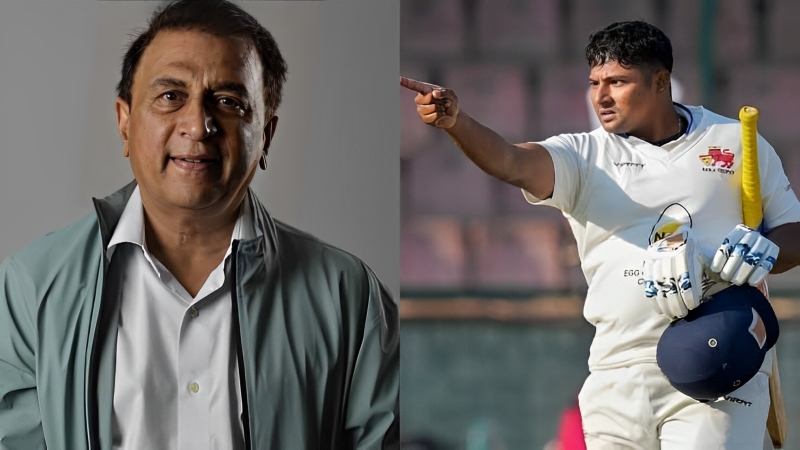 Mohammad Sarfraz has been a hot name in Indian domestic cricket for several years. Wherever he plays in the domestic league, he constantly matches himself with the bat. This middle order batsman has a batting average of 53 in first class cricket. Which is second highest after former Australian legend Sir Don Bradman. Sunil Gavaskar is angry because Sarfraz did not get a chance in the national team after that.

Sarfaraz was also not included in the squad for the first two Tests in the upcoming Border-Gavaskar Trophy against Australia. Gavaskar criticized the selectors of the Indian Cricket Board (BCCI) for this. According to him, a cricketer should be judged by his performance. In that case, judging by his recent form, Gavaskar feels that Sarfraz deserves to play in the Indian team.

Angered by the selectors, Gavaskar even suggested playing cricket by bringing in models from fashion shows. Sarfaraz is not being given a chance because of fitness? The former Indian star also raised such a question. Gavaskar said, “If you need a good-looking, fit cricketer, grab someone from a fashion show. Hand them a bat and play.”

Talking about Sarfraz’s fitness, Gavaskar also said, “He (Sarfraz) is running regularly on the field, scoring centuries. If a cricketer has a problem with his fitness, he can never score a century. I think, in cricket, only the yo-yo test is not everything. The most important thing is that How adaptable the cricketer is on the field. There is no shortage in him.”