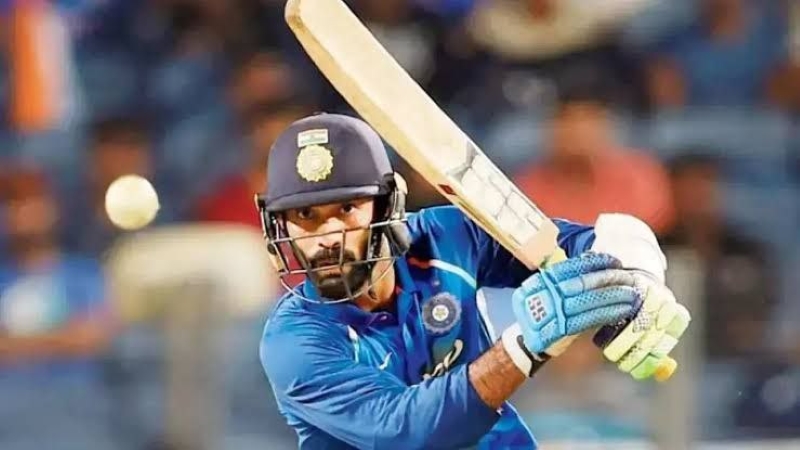 1066 days later, Karthik wore the national jersey, against South Africa. After returning to the national team, he began to perform the duties of the finisher. But how did he make this great comeback? What is the story behind the success?

“Dinesh Karthik is over.” Cricket fans started to believe this saying after back-to-back failures for Kolkata Knight Riders. After watching him commentating on the tour of England in 2021, many started counting the days of his retirement. At that time, the current Indian captain Rohit Sharma was next to him. “You still have a lot of crickets left in you,” he told Karthik.

Dear friend and personal coach Abhishek Nair also believed that. Kolkata Knight Riders released him in this IPL, but Abhishek, the assistant coach of the Knights, did not leave his company. Both vowed to “prove everyone wrong.”

Karthik started a new journey from February last year. Approaching Nair, he said, “I have to return to the Indian team. He is willing to put in as much effort as he needs.” Nair also took on the task of reviving an old warrior. When KKR decides to release him, Karthik is further devastated. But did not give up.”

His stubbornness to turn around defeated his barrier of age (37 years). The veteran changed all the equations by scoring 330 runs in 16 matches in the 2022 IPL. Back to the discussion of national selectors. Formers like Sunil Gavaskar to Kevin Pietersen started asking for Karthik’s immediate return to the T20 team. He made his dream comeback in international cricket.

1066 days later, Karthik wore the national jersey, against South Africa. After returning to the national team, he started to perform the duties of the finisher. His 21-ball 30-run innings failed in Cuttack, but his 27-ball 55 in Rajkot gave the team victory.

How did Karthik change himself so much? His personal coach Abhishek Nair told the media, “This year in February, he started rehearsing to present himself anew. We both swear to prove everyone wrong. Cricket lovers should have been understood that there is still a lot of crickets left in Karthik. “

Nair also said, “Earlier he used to bat anywhere. There were no specific responsibilities. We discuss and decide that Dinesh should play the role of finisher. If there is a specific role, preparations can be taken accordingly.” The two friends started a new journey. After stumbling in his personal life, Karthik has turned around again. He has to pass multiple tests in cricket career.

“He used to bat for four to four-and-a-half hours every day,” said Nair. “Started to discover new shots along with playing the shots according to the grammar. Like sweeping the pacer. The importance of this shot is different. In the last over, fine leg stands in the circle. Four will come if the ball hits the bat properly. At the same time practiced Scoop. Not just the traditional scoop. Also prepared to hit the reverse scoop. “

Nair also said, “The shot that you see him playing on the field, but he did not suddenly start hitting it. Each shot was practiced for two hours. Whether scoop or upper cut through the third-man zone, separate time-sharing exercises were conducted. “

Karthik has proved himself in the country’s jersey. This time waiting to board on the plane to Australia for T20 World Cup. Will there be another great comeback story?