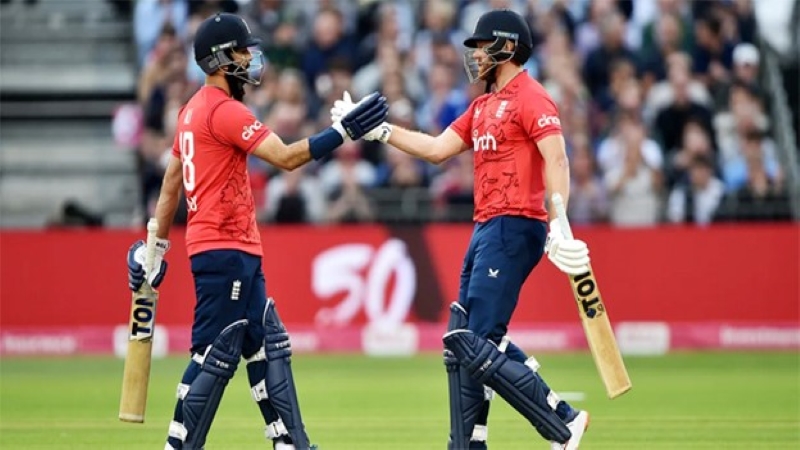 South Africa and England met in the first of the three-match T20I series on Wednesday. The 1st T20 match was played at the County Ground, Bristol. Bairstow and Moeen Ali’s excellent batting gave South Africa a huge target. But in the end, they can’t reach that goal. As a result, they have to leave the field with a loss.

England scored 234 runs for 6 wickets in the allotted 20 overs. This is England’s most runs at home in T20 cricket. Overall, the record for the second highest team collection of English in this format is also on this day.

Buttler came down to bat first and scored 22 runs off 7 balls. His innings of 22 runs had 2 fours and 2 sixes. He was caught out by a Lungi’s spell and left the field. Lungi took the wicket of Jason Roy after 2 overs. Jason Roy scored only 8 runs off 15 balls.

Moeen Ali made his fifty off just 16 balls. Jonny Bairstow, who was in great rhythm, also played devastating innings of 90 runs off 53 balls. England set the record for their highest team collection at home.

In the midst of this, Moeen Ali made history. By reaching 50 off 16 balls, he set the record for the fastest half-century in T20 for England. In the end, the English all-rounder got out after playing an innings of 52 runs off 18 balls with two fours and six sixes. The strike rate was 288.89!

By the time Moeen got out, England’s score had reached 218 in 17.5 overs. Then Jonny Bairstow took the match forward from there. He played an innings of 90 runs in 53 balls with 3 fours and 8 sixes. Besides, Livingstone scored 5 runs off 4 balls.

Chasing an almost impossible 235 runs in the T20 format, South Africa could not win. They lost to England by 41 runs in the first match of the series in Bristol on Wednesday night.

In response, Reeza Hendricks’s (57 off 33 balls) and Tristan Stubbs’s (72 off 28 balls) devastating innings could not take South Africa beyond 193 for 8 wickets. Hendricks’s innings of 57 runs included 9 fours and 1 six. He was caught out by Moeen Ali and left the field. On the other hand, Stubbs’s innings of 72 runs had 2 fours and 8 sixes. He was caught out by Gleeson and left the field.

Player of the match – Moeen Ali 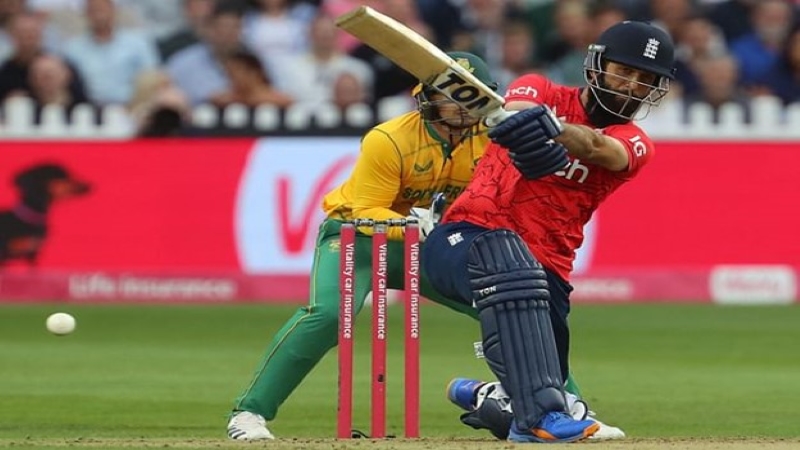