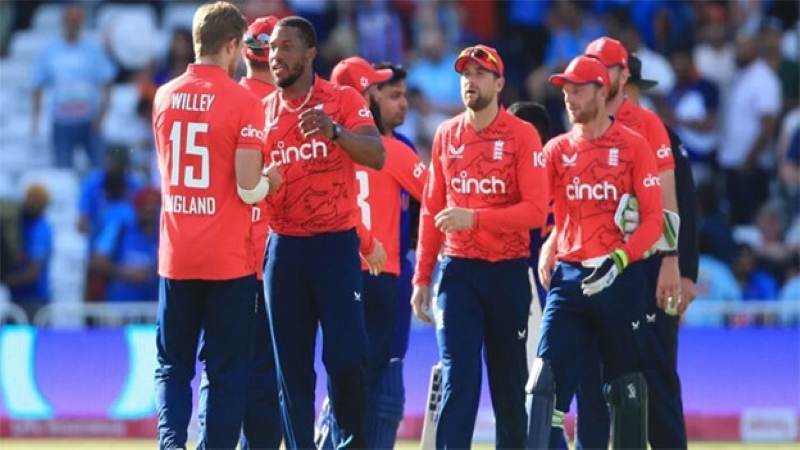 Under England’s new ODI and T20 captain Jos Butler, the start was not a happy one at all. The English lost the first two T20 matches. They lost by 50 runs in the first and 49 runs in the second. In the last match They stood in front of Whitewash.

However, Buttler’s team has managed to avoid the shame of being whitewashed at home. After batting first and collecting 215 runs, they defeated India by 17 runs. India had to lose even after Suryakumar Yadav’s remarkable century. Just as Buttler’s relief returned with this victory, the English also avoided being whitewashed.

England won the toss and elected to bat at Trent bridge, Nottingham. The England cricket team may have forgotten that batting can be done first after winning the toss in the International T20. Because every time they have won the toss in the last six years, they have decided to bowl first. Joss Buttler finally ended the trend. Six years later, Buttler decided to bat first after winning the toss.

Every time the English won the toss in the last 6 years, they decided to field first. They were more than happy to chase the run and win.

After losing the previous two matches of the series, the English finally decided to bat first after winning the toss and took home the benefits. Butler’s team scored 215 runs for the loss of 7 wickets.

They were able to build a big collection based on the stormy batting of David Malan. He was joined by Liam Livingstone. He also took the storm by the bat. Malan played a stormy innings of 77 runs off 39 balls. He hit 5 sixes with 6 boundaries. Livingstone were unbeaten on 42 off 29 balls. He had 4 sixes in his innings.

Besides, opener Jason Roy scored 27, Harry Brook 19 and Buttler 18 runs. Philip Salt made 8 runs off 6 balls. Moeen Ali left the field with a golden duck. Chris Jordan made 11 off 3 balls and hit 1 six and 1 four.

However, despite winning the match, England lost the series. Rohit Sharma’s side picked up the series trophy with 2-1 score, after winning the first two matches.

Player of the match – Reece Topley 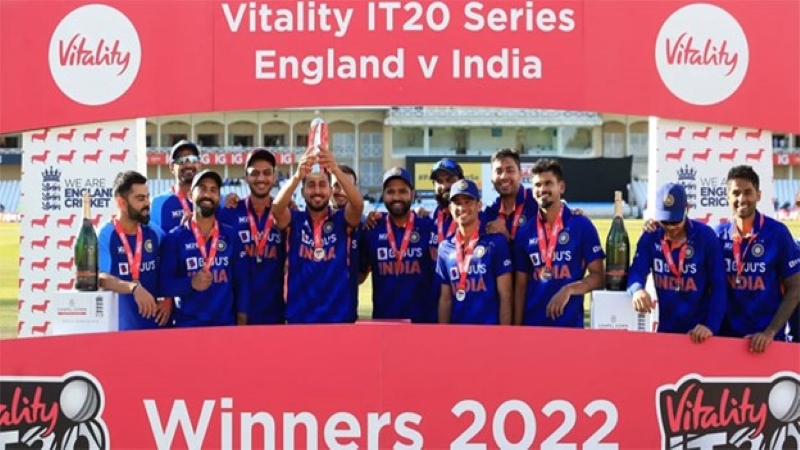